So I think party tricks are amazing.  But since I can’t even remember my own puberty all that well back in the 80’s that’s just as well.  Otherwise this could have been me.  But some people just don’t grow all the way up until the Grim Reaper comes around for tea.  That just might be true for Victor Pratt, a 48-year-old man from Arizona.  He was throwing a birthday party for his kid at home in Coolidge.  That’s all to the good.  But when he saw a rattlesnake he picked it up.  And when he was posing with the snake for pictures, it bit him on his face and neck.

IDIOT PICKED UP RATTLESNAKE AT KID’S BIRTHDAY PARTY, POSED FOR PICS AND THEN…. SNAKE FACIAL

But get this, this isn’t even Pratt’s first snake bite!  So what gives?  The way it’s supposed to work is, once burned twice shy.  But that didn’t seem to take with Pratt.  He saw a rattlesnake and picked it up!  He said, “When the kids saw it, I grabbed it.  I showed them how to catch it and I was playing with it like little kids do.”  But guess what’s the most important thing when it comes to handling snakes?  Attention.  Pratt lost his grip on the snake’s head and it instantly bit him on both his face and neck.  That’s… dangerous.

SNAKEBIT, MAN WAS INTUBATED AND FULLY SEDATED FOR 5 WHOLE DAYS

Fortunately, Pratt immediately asked friends to take him to the hospital, and fast.  According to Pratt, “I said, ‘We gotta go now,’ because I knew what was going to happen.”  That’s the only reason he’s still alive today.  Doctors confirmed that he could have died within 30 minutes of those bites.  When he arrived at the hospital, doctors immediately intubated and sedated him.  For FIVE DAYS.  Pratt remembers nothing of those five days.  But that’s because his sedation was so strong it prevents the brain from making new memories. 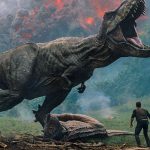 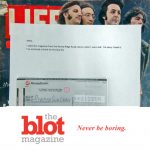