So clearly, Karma is no friend to the naughty.  You might remember the case of Alicia Treat, porch pirate.  She became famous after a video of her went viral.  In it, you can clearly see a delivery man drop off a box at a doorstep.  Seconds later, she appears and grabs the box.  She turns to run back to her getaway car.  But then she stumbles and is mostly out of sight, rolling on the ground in pain.  That’s because she broke her ankle.  Badly.  You can see her foot turned to an unnatural angle.  So her accomplice had to come carry her to the car.

Read More: Necrophiliac Gets 6 Years for Sex With Dead Woman

SURVEILLANCE VIDEO OF ANKLE BREAK WENT VIRAL ON FACEBOOK WITH OVER 650,000 OUTRAGED VIEWS

This happened in the Bothell neighborhood of Seattle.  Last week, a judge sentenced her to 58 days in jail.  That’s because she pleaded guilty to a series of thefts she committed with her accomplice, Brian Devere.  But I suppose the judge was sort of lenient.  The maximum sentence was 60 days!  So this will be welcome news to the more than 650,000 viewers of the video of her mishap on Facebook.  But many viewers commented on it being Karmic justice.  But it’s hard to argue with that, right?  Well, there’s always a flip side, isn’t there?

But it’s a sad story in other ways.  Treat is homeless and has three children to care for.  Devere, for his part, has a long criminal record.  He has been inside for theft, burglary and stealing cars.  We don’t know whose idea it was to be porch pirates.  But it’s become quite a problem all across the United States as more and more people buy deliverable goods.  But that’s because in the age of Amazon, pretty much everything has become a deliverable good.

On top of her sentence, the judge also ordered Treat to pay restitution for her thefts. 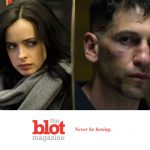 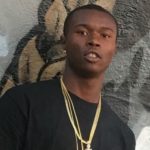