A website popular with file-sharing and piracy enthusiasts was briefly unavailable on Monday, the latest direct connected with illicit online activity to suffer a major outage over the past several weeks.

Kickass Torrents suffered from a brief outage after its Somali-based web address was seized and suspended, the website Wired.co.uk reported on Monday.

The web address was believed to be hosted in Somalia in order to prevent copyright holders from filing a claim with registrars and the government in the country. However, the International Business Times reported that the outage was likely result of such a claim, although the exact cause of the seizure remains unclear.

Several other web addresses with the word “kickass” in them, including the scam website kickasstorrents.so, were also seized, suggesting the move was a blanket attempt to disrupt all sites with a perceived correlation to the torrent directory, Wired reported.

Kickass briefly became the most-popular torrent website with file-share enthusiasts after the Pirate Bay directory was seized by Swedish officials last December. Supporters of the Pirate Bay resurrected several copies of the website based on databases published on the Internet; the Pirate Bay relaunched earlier this month.

While the Pirate Bay outage was somewhat of a headache for those looking for leaked movies, TV shows and software, Monday’s Kickass outage was less of an inconvenience: By the afternoon, a copy of the website had quickly launched at a web address registered outside of Somalia.

Despite its popularity with web pirates, Kickass has faced criticism in the past from its own users because the site allows copyright holders to file infringement notices, which can lead to torrent files disappearing from the database. Earlier this month, users revolted after Kickass removed some 30,000 files from its directory under its copyright infringement policy. 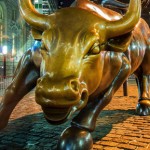 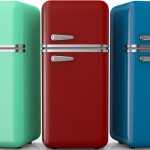