Polio is still a big problem for the world. Now, it’s become a greater concern for the U.S. When it comes to health news, go for trusted information and just say no to panic-inducing fear.

OK, so here’s the drill. Listen up. One large tactic in health news, and all news, is what is known as the fear factor. Oh my gosh, this terrible disease is happening, am I at risk? Am I, or worse, is my child going to die if I do not click on this article and read right now? So that happens (and I’d venture a guess that in 99 percent of cases, no, you will not die if you do not click and read). Then, coupled with that is the phenom of creating news where there really is none. Because the web is a hungry, hungry hippo and beast readers need some meat to scroll-chew every day. The beast must be fed. So, how is a reader to deal? Well, the key is to scan for information, well-sourced, trusted information, and to avoid hype at all costs.

Let’s take the recent news that five kids in California who experienced partial paralysis from what is being called a “polio-like syndrome.” Poliomyelitis is a viral disease that affects nerves and can lead to partial or full paralysis. As recently as the early ’50s, polio was indeed a scary threat to children in the U.S. In 1952, 60,000 kids contracted the virus, killing 3,000 and leaving thousands more paralyzed, reported NPR. A main reason polio was so feared is that the disease was caused by infection with the poliovirus, which could be spread through person-to-person contact (as well as contact with infected feces or contact with infected mucus or phlegm from the nose and mouth). But thanks to national vaccinations starting in 1955, the poliovirus was completely eradicated in the U.S. by 1979.

Why FINRA Staff Are Lousy in Bed, Practice Too Much PREGNANCY FETISHISM?

Is there need for widespread panic? Absolutely not, Dr. Carol Glaser, who is chief of the Encephalitis and Special Investigation Section at the California Department of Public Health, told CNN.

From time to time, polio has surfaced in the news. There are only three countries in the world where the polio disease still lives: Afghanistan, Nigeia and Pakistan.

So you can imagine the scare when five kids from California were partially paralyzed (each in at least one limb) from what is being called a “polio-like” syndrome between August 2013 and July 2013. On Feb. 25, pediatric neurologist at Stanford University, Keith Van Haren, released a report that the children developed paralysis reminiscent of polio and that he will present his findings at the annual conference of the American Academy of Neurology in April. All five had been vaccinated against the poliovirus and, for all five, symptoms did not improve and poor limb function remained after six months of treatment.

Here’s what you need to know: these kids did not test positive for polio. Two of the children tested positive for a rare, non-polio type of enterovirus known as enterovirus 68; conclusive sampling and testing was not possible with the other three. Poliovirus is one virus within a family of 60-plus distinct enteroviruses (a more common one is linked to pneumonia). According to the CDC, in general, non-polio enteroviruses are very common. Most people who get one do not get sick from it, and if they do, it’s a mild sickness akin to the common cold (with symptoms such as fever, achy joints, cough, runny nose, etc.).  It’s the non-polio enterovirus that leads up to 15 million infections a year, mostly mild. Enteroviruses are not commonly known to cause paralysis. It is rare that enteroviruses cause serious illness. Those with weakened immune systems would be more susceptible. All told, CDC has documented 47 cases of enterovirus 68 since 2000.

Jane Seward from the CDC told Scientific American, “I think we’re looking at a rare outcome with these children.” Her theory is that we’re looking at acute flaccid paralysis, acute paralysis of part of the body, which can result from a variety of viruses, including polio but also non-polio enteroviruses such as enterovirus 68, West Nile Disease, adenoviruses and echoviruses. She explained that in countries with regular surveillance there’s at least one case of acute flaccid paralysis per year for every 100,000 people younger than 15. CDC uses a passive system, not total surveillance, so “we would expect at least 80 cases of acute flaccid paralysis , at least, from California since they have a population of children under 15 of 8 million.”

Van Haren said in a statement, “We would like to stress that this syndrome appears very, very rare. Any time a parent sees symptoms of paralysis in a child, the child should be seen by a doctor right away.”

Seward says it’s hard to know why a common enterovirus would lead to the rare symptom of paralysis, but it is likely how the individual, or host, interacts with the virus. She reminds of the best way to stave off viruses: cough or sleeve into your sleeve, wash your hands with soap and water often (for as long as it’d take to sing “Happy Birthday” twice), and when you’re sick, please, for the love of God, stay home with your germs and rest! 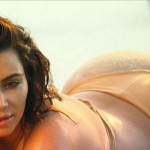 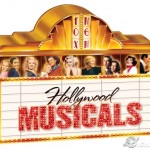