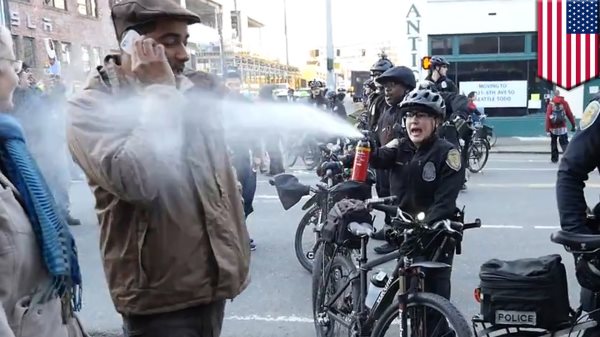 A few black men die at the hands of law enforcement officials (read: white cops), and suddenly police reform is on everyone’s lips. However, reform is different things to different people. In typical American fashion, some people are head over heels in love with the idea of using technology to “bring policing into the 21st century.” It sounds good. It probably isn’t.

At the lower end of the high-tech spectrum, we have body cameras for cops. The idea is that if everything is being filmed, no one will step out of line. I think we’ve all seen the video of Eric Garner not breathing on the sidewalk in Staten Island, N.Y.. Not only did the video show Officer Daniel Pantaleo put a chokehold on him, but it also showed the police standing around doing nothing for a man who said 11 times, “I can’t breathe.” Since there was no indictment of Officer Pantaleo, I can only wonder what body cameras can really do.

Body cameras, though, are at worst ineffective. What truly bothers me is the idea that the police will adopt data mining and computer algorithms as a way of anticipating crime. You may think the idea of “pre-crime” is just a cool sci-fi thing in the Tom Cruise movie “Minority Report.” Guess again. Data mining is growing in the police departments of America.

There’s one company out there, New World Systems, that offers computer software that can tell an officer in a squad car whether and how much contact someone has already had with the police. In other words, if the police have hassled you before, they now have a computer telling them to hassle you again. Data mining and circular logic seem to go hand in hand here.

Meanwhile, Predictive Policing (PredPol) “forecasts highest risk times and places for future crimes.” It claims “In contrast to technology that simply maps past crime data, PredPol applies advanced mathematics and adaptive computer learning. It has resulted in predictions twice as accurate as those made through existing best practices by building on the knowledge and experience that already exists. PredPol uses only three data points in making predictions: past type of crime, place of crime and time of crime. It uses no personal information about individuals or groups of individuals, eliminating any personal liberties and profiling concerns.”

It also suffers, by definition, from presuming that past patterns will continue to be repeated in future. This is exactly the kind of algorithm usage that delivered the sub-prime mortgage disaster that still weighs on our economy. This kind of data mining works great until it doesn’t.

The one system that really gives me grounds for concern is called Beware from a firm called Intrado. “Accessed through any browser (fixed or mobile) on any Internet-enabled device including tablets, smartphones, laptop and desktop computers, Beware® from Intrado searches, sorts and scores billions of commercial records in a matter of seconds-alerting responders to potentially deadly and dangerous situations while en route to, or at the location of a call.”

Anyone ever hear of garbage in, garbage out? Those billions of commercial records, which include social media posts, Internet purchases and so on, are useless if the wrong person is identified. If you have ever left your house without your ID, Beware would make your life very difficult if you were stopped and had a common name.

Intrado points out that this is the same kind of information that credit bureaus use. The difference is that if my credit report is screwed up, I might not get a loan that I deserve. If my police report comes back screwed up, I might wind up on trial — much more serious, don’t you think?

Then, there is the blue wall of silence. Cops tend to cover up for other cops; it’s natural enough. But what happens when someone on the force decides to abuse these systems for personal reasons, for instance, screwing with an ex-spouse’s new lover? What checks and balances are there? The short answer is none. We just have to trust the police.

And that is why I would rather take police reform in another direction. The problem everyone says is that there is a loss of confidence on both sides. The police are not trusted in some communities, and some communities are hostile to the police. Trust is a human-to-human matter. It isn’t fixable with technology.

If we really want to fix the problem, we’re going to have to acknowledge our common humanity. Data mining isn’t very good at that. 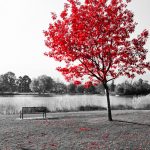 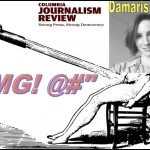