Plastic surgery in Korea is inexpensive and can easily mask your honey’s real look. About 65% of Korean women are given plastic surgery procedures as graduation gifts. When most of us were children, our parents probably told us that we “should never judge a book by its cover.” In essence, this meant that we ought to look past the superficial, outward appearance of a person and get into the deeper substance of his or her inner soul. While this is a beautiful sentiment, as an adult, sadly, I’ve learned that it’s not always true. We judge “books” (aka other people) by their covers all of the time. And thanks to these constant, external judgments, plastic surgeons the world over can make a lucrative living.

Nowhere is this more apparent than in South Korea. Plastic surgeons residing in the southern half of the Korean Peninsula have built up a global reputation as top-notch cosmetic surgeons. Their solid work has created a bonanza of “plastic surgery tourism” in South Korea. According to the site Kotaku, people living in other parts of Asia (China and Japan) have heard the transformative (literally) good news about the mad skills of South Korean surgeons, which in turn has medical tourists flocking to South Korea for a little — and quite often a hell of a lot of — plastic surgery.

The problem cosmetic surgery aficionados lumbering off of the operating table are now running into actually stems from the success of their procedures. After going under the knife, many of them look like completely different people. While this might be the result they were hoping far, it presents a strange dilemma for immigration inspectors controlling international borders.

So many people have been radically transformed by South Korean plastic surgeons, in fact, that “plastic surgery certificates” are now being offered upon request. Even though bigger eyes, smaller chins and redefined noses might do wonders for someone’s self-esteem, these trendy physical features wreak havoc on the minds of the folks working at border controls, trying to discern who they’re actually dealing with.

Plastic surgery certificates include valuable details such as the official seal from the hospital where the surgeries took place, the hospital’s contact information, the patient’s passport number and how long the patient planned on staying in South Korea. All of this information is designed to help authorities figure out who people are, since their outward appearance no longer matches the photo document they were initially traveling on.

Be Attractive and Battle Unattractive for Your Man

And it’s just not the South Koreans offering this kind of medical tourism. If you want to make some drastic alterations to your appearance, but don’t have access to, or trust, plastic surgeons in your vicinity (or they’re just too damn expensive), plenty of other options are available to you. Would-be plastic surgery candidates can now opt for such exotic locales as Argentina, the Bahamas, Colombia, Costa Rica, the Czech Republic, Malaysia and Thailand.

If you ever do go in for cosmetic surgery abroad, do a ton of research on the subject, and your destination of choice — and then once you’re satisfied, do a little more research, just in case. While there are many skilled cosmetic surgeons out there who can aid you in your search for the “new you,” there are also plenty of surgeons who barely passed, or even failed, their final exams. Choose the former, and avoid the latter at all costs. 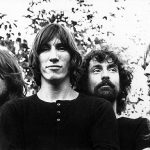 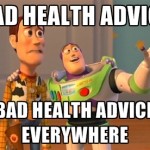