Have you ever pictured Uranus in your mind’s eye?  And no, that’s not just a tongue in cheek question.  And if you don’t like jokes about Uranus, well, you can go ahead and turn the other cheek.  Because this is a story about a scientific discovery about planet farts.  Sort of.  We don’t know much about our celestial neighbor, even though we know more every day.  Recently, some of the science and geek world made a big stink about what Uranus smells like: bad gas.  It was one of the many remaining mysteries.  But even more recently, a recent study explains how scientists managed to observe a molecule from deep in Uranus’ atmosphere.  And it confirms the worst joke with the best answer.  Uranus smells like farts!

SMELLS LIKE THE SUN DON’T SHINE, EXCEPT IT DOES

The molecule in question is hydrogen sulfide.  But it tells us more than who smelt and dealt it.  It unlocks the origins of the planet itself.  The study’s author, Patrick Irwin at the University of Oxford, said, “It adds another piece of information about the planets and how they form.  Uranus and Neptune formed in a colder part of the solar nebula than Jupiter and Saturn.”  Translation: Uranus formed when our sun was young and surrounded just by a lot of dust.  That means Uranus has been around the block for quite a while.  Or just a few times.  Or however it is that Uranus does what it does.  Sorry, that stinks like a fart.

But how did scientists manage to “directly” observe a molecule deep in Uranus?  They used the Geini-North’s Near-infrared Integral Field Spectrometer, which is in Hawaii.  The spectrometer detected the hydrogen sulfide molecule with a density of .4-.8 parts per million in the form of ice in cloud tops.  They were able to make the measurement in context to ammonia.  So that’s how we know the planet Uranus smells like sulfur, or rotten eggs, or your grandfather after too much chili.  So that’s what astronauts would smell as they descend into Uranus.  Well, except then they’d likely die below the cloud tops in the solar system’s coldest air.  So let’s not rush into Uranus too fast.  Maybe turn your head to the left first and pull your finger in the interim.  It might smell like planet farts.  That’s some seriously bad gas. 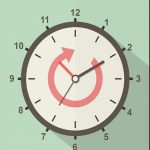