Ah, Florida.  The Jacksonville Pizza Hut seems to run on the neoliberal philosophy that tends to screw labor at all costs, costs meaning the maximization of profit in any given scenario.  The conflict here for Pizza Hut is about threatening their minimum wage employees with termination if they don’t abide by Pizza Hut’s schedule for evacuation, as opposed to what the recommendation from FEMA says is the best way to stay alive.

STAFF WITHOUT CARS CAN’T EVACUATE BY MASS TRANSIT, TOLD TO WORK OR BE FIRED WITHOUT SHELTER

Minimum wage workers also tend to be dependent on things like mass transit, which means they don’t have the casual ability to, say, evacuate to a safe zone from a unprecedented storm.  So far the outrage is slow to come, but it’s only a matter of time before this blows up as a major PR fail for this chain and Pizza Hut corporate.  As you continue to read, your desire (if you had any) to ever buy from Pizza Hut will diminish accordingly.

Hmmmm….Ironically, the flyer starts with:

“Our #1 priority is the safety and security of our team…but…As a general rule of thumb, we close stores 6-12 hours before storm hits. Or night before if a daytime storm … If evacuating, you will have a 24-hour period before storm ‘grace period’ to not be scheduled. You cannot evacuate Friday for a Tuesday storm event. Failure to show for these shifts, regardless of reason will be considered a no call/no show and documentation will be issued,” it continued to say, adding that employees should prepare for the storm immediately and not wait to buy their supplies.”

Listen, you disgusting, selfish, heartless Pizza Hut manager – many of your employees probably still live at home, so if their parents or grandparents choose to evacuate early, you better believe the staff that get paid $8.10 an hour is going with them. No one can evacuate in 24 hours.

It ends with a serious threat: All employees must return within 72 hours of their evacuation and appear for their shifts.

PIZZA HUT STAFF ASKED TO RISK LIVES BEFORE, DURING AND AFTER STORM

Um, many people will be displaced for well over 72 hours, so this is absolutely disgusting. People may die just to make it into work. Pizza is not more important than your life. I hope customers take notice and bring their business to a company that won’t do this to their staff. People should come first. Period.

Pizza Hut, this is not a good look. 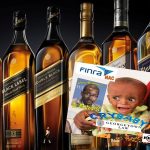