DOES THE PUBLIC, OR NANCY PELOSI, NEED TO BE COMPELLED TO IMPEACH DONALD TRUMP?

So unless you live under a rock, you are aware that Robert Mueller finally spoke publicly about his report and process as Special Prosecutor of Trump, Russia, the Trump Campaign, etc.  There’s a lot to react to, quite frankly.  But besides the obvious, which is obvious, Mueller reiterated his summary of the Mueller Report.  So in other words, if he could have cleared Trump of any criminal wrongdoing, he would have.  But he didn’t.  He made it clear that the Department of Justice operates with the understanding that they cannot prosecute a sitting President for federal crimes.  So why is it that Nancy Pelosi seemingly doesn’t want to impeach Trump?  Does she need to be compelled to do so?

REALITY SHOULD NOT BE DEFINED BY WHICH NETWORK NEWS AMERICANS WATCH

So depending on which news channel you watch, you are either for or against.  For most Americans, it’s really that simple.  But that is itself the damn problem.  Why?  Because this isn’t something we get to interpret with many options of what’s real.  The Mueller Report found multiple instances of likely collusion.  And every time Trump opens his mouth, we see obstruction.  But major media, for the most part, has reported on what people say is real, instead of what’s real.  So what’s real?  If Trump wasn’t President of the United States, authorities would be prosecuting him right now.  But the DOJ understands that the Constitution forbids them from doing so while Trump is in the White House.

So what is going on with Nancy Pelosi?  Is this simply politics?  Is she bending over backwards so it seems like she has to impeach Trump before she lets Congress vote?  Or is this about timing, in terms of next year’s National Election?  But yes, I do understand that the Republican dominated Senate, via Mitch McConnel, has made it clear they consider the investigation over and done with.  But impeachment isn’t just about crime; it’s about fitness for office.  Trump, clearly, likely committed a number of crimes.  He continues to do so.  But most especially, it’s even more obvious that he’s unfit as President of the United States. 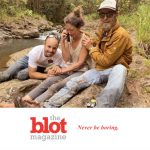 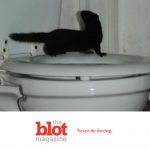