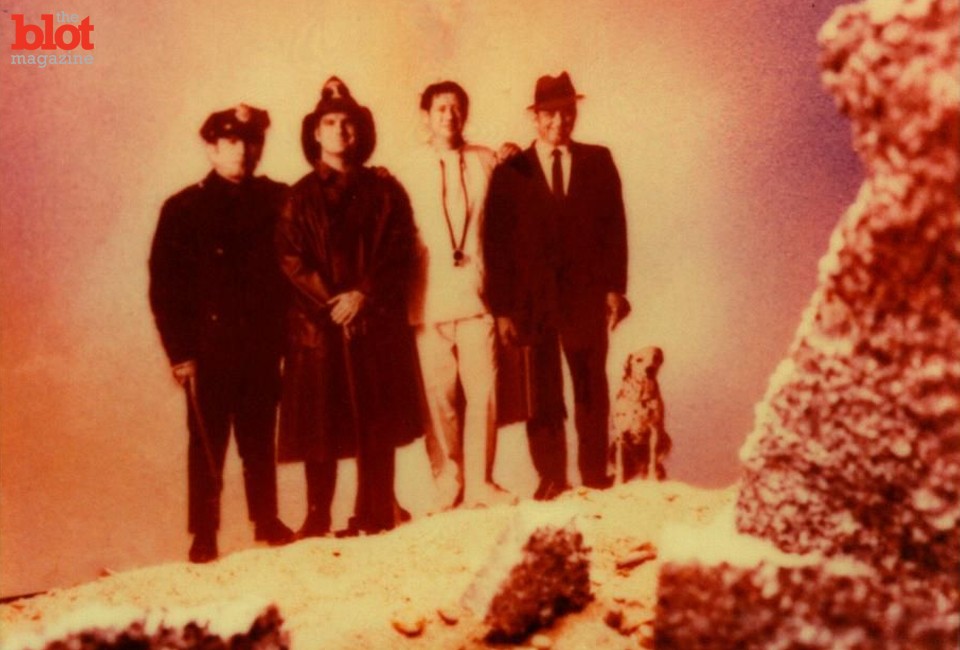 Who hasn’t played the staring game with their cat? Cats are always peering into the dark, their eyes glowing as if lit by hellfire from within. But if you stare into their eyes, they will always blink first. That’s the fun of it, because they have fuzzy chins and tickle whiskers. Then they purr.

But his face was the terror of the blank touchscreen, the wiped blackboard, the shuddering silence after the gods of technology abandon us, as they inevitably will. It was the dull opacity of a surface on which no glowing pictures appeared and never would, for the braid hanging off the side of his head wasn’t a cord meant to plug into a network made up of wires and cables and generators and industries churning out electricity feeding insatiable machines. I already knew he would win the staring game. Because I had no power, and there was nothing to see here.

His head was in a box. His face was a façade. If I looked directly at him, I would see two eyes glowering at me in shadows behind a smooth wall. I didn’t know why, but facing that fact filled me with dread.

The Man with the Box on His Head gave a small shrug. “Now you are beginning to understand the true nature of my test, Johnny Junior son of John. You think I am a man with a box on his head, because you only see what others want you to see. You believe that you’re a boy without any choice but to be what others expect you to be. So run away now, and stop bothering me.” He turned and began walking away with a firm, unhurried step, resuming his pace as if he’d never stopped in the first place, this conversation had never happened, and I was already forgotten.

Defeated by his words, I stood and watched him leave without moving to stop him. Sulkily, I told myself: I would have won. I didn’t really want to know why his head was in a box. He’s mean and a jerk and good riddance to him. It felt good to wallow in self-pity and false bravado. Inside the theater of my own wounded pride, I could turn myself into a misunderstood hero inside a drama where I won every fight, and my motives were always honorable. Here, we’re always right. People like him are just jealous of what we have.

He was already so far away that he’d dwindled to speck on the horizon. The smaller he became, the bigger my doubts loomed. I began to think different thoughts. Not more of me, but less of him. He was trying to cheat me. He must be a swindler. A snake-oil salesman. A politician speaking out of both sides of his mouth. A wave of self-satisfied triumph washed over me as I convinced myself I was right. He was just trying to sell me something. That’s how it always is. He’s not the End of the World. He’s just an asshole with a box on his head. Who could believe someone like that?

Then he disappeared from sight, and the dull thrum in my head began to change its tune. You’ve lost your chance. He’s not coming back. There’s only one like him, and now he’s gone. He was handing you a gift, and you threw it away. You’ll never solve the mystery, never know why, never, never … never.

I started to panic at the thought of being stuck forever in the best place in the world with this sense of pressing doubt about … what? I had no clue. Here, there was nothing to criticize. Who could complain about a town that had the best of everything? A place where every person had a lawn that was always greener on the other side and money grew on trees. Some people had been in Here so long they’d become grafted to the sofa and frozen to park benches. Others would arrive and disappear without warning. Usually, however, the fugitives were like the Man with the Box on His Head, a figure without furniture, leaning in odd corners and nesting with pigeons that were slightly melted, in the manner of used coffee stirrers.

When these tourists departed, the old ones would say nothing but smile the smile of babies given hot-dog-shaped balloons. “It’s good to have room,” they’d mumble vaguely. “Good to have room for the new. Don’t want things to get too crowded around here. We need elbow room.”

For what, since they never moved?

Yet every once in a while — just once in my almost-13 — it would be one of the old-timers who would suddenly vanish into thin air. When that happened, the usual silence would fill with words stuck to the roofs of mouths sewn shut.

Then the ghosts would pass, and we would forget what’s-his-name, and things would keep on being the way they’d always been, living inside a set of conclusions that somebody else had reached. Things were wonderful around here.

If it was my turn to disappear suddenly, would everyone in town pretend that nothing had happened? Of course they would. Because we always do. Why should things be any different for me, a kid of no consequence in the larger scheme of things?

I scanned the distance, hoping to spot him. The area around Here was an expanse of scrub — a dry brown desert full of large boulders and no wildlife to speak of. I couldn’t follow him into this. Not on my own. What if I got lost? How would I get home?

But the idea of returning to a place where every day resembled yesterday and tomorrow, because that’s what perfection is … that direction seemed wrong, too. Still, what choice did I have, a boy with too many thoughts and no knowledge filling his head? The only sensible course was to accept certainty. A predictable life where every outcome is known and nothing can hurt me. It’s what most people want, isn’t it?

Except it’s awful to have your entire future laid out like a road map with every milestone clearly marked. I can try stupid human tricks and fall hard on my head, and even though I shouldn’t walk away in one piece, I know that I’ll land without breaking. I’ve never been injured except that one time during the earthquake, and then I only got a teeny scratch. That mark on the side of my leg was the most distinctive thing about me.

I loved my scar, but hated it, too, because it made me feel brave. Like I’d had an adventure that counted for something. It was the only time I could remember that things came apart. That day, the firemen and policemen drew a line in the sand, protecting against the damage, but more than a few townspeople disappeared that day, tossed out or swallowed up or who knows where. Great cracks appeared in the wall. Dangerous cracks. Some places never got repaired. Don’t go there.

But to my surprise, I realized that I was already running after the Man with the Box on His Head, hoping for a second chance to get the answers to the questions nipping at my heels. I had no idea what I was doing, where I was going or even if I’d find him. But if I did, this time around, I’d face the challenge proposed by the End of the World. Even if I knew I would lose.

B.B. Young is the author of the serialized novel “The Peepshow,” which is published exclusively by TheBlot Magazine on Tuesdays and Thursdays and features images by artist Joel B. Feldman. Read Chapter 1, Part 1, The Boy with the Backpack, Chapter 1, Part 2, Anyone Can Call Themselves a Murderer, Chapter 2, Part 1, Here’s Good, Chapter 2, Part 2, The Man with the Box on His Head and Chapter 3, Part 1, The End of the World. 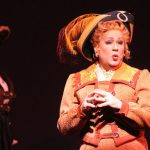 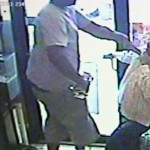