CHICKENS PECKED POOR YOUNG FOX WHO GOT INTO THE WRONG HENHOUSE

So this is just a kooky nature meets husbandry story.  I’ve heard of a lot of people who keep chickens.  Shoot, I have a cousin who lives in suburbia who has a chicken coop in his back yard.  As I go to work every day, I pass by a small coop with one cock and two hens.  What I usually think when I see them is now forever changed.  I used to think that cock looked a little too sure of himself with his domestic bliss.  But now I’ll forever be a little disturbed after I heard about what happened to a juvenile fox who got into a chicken coop.  The chickens in the coop went bird mob and pecked it to death.  Boom.  Game over.  Pecked to death.

FOX SNUCK INTO AUTOMATIC DOOR THAT SHUT BEHIND HIM, TRAPPED WITH 3,000 PECKING HENS

But “like a fox in the henhouse” has been a saying for longer than KFC has been around.  So to actually hear for the first time that a fox lived the dream only to have it be a deadly nightmare leaves me feeling a little dismayed.  So what happened is a fox in Brittany got into a massive chicken coop.  He snuck in thru one of those automatic hatch doors.  But it closed behind him automatically.  And there was the other problem.  There were 3,000 fucking hens in that coop.  Those are not good numbers for a poor little predator fox.

EVIDENTLY, CHICKENS CAN BE QUITE TENACIOUS IN A LARGE GROUP

So how did this happen?  I’ve never heard of chickens on the attack.  The head of farming at the agricultural school Gros-Chêne, Pascal Daniel, explained.  He said, “There was a herd instinct and they attacked him with their beaks.”  The fox, “-had blows to its neck, blows from beaks.”  Workers found the body of the fox the next day in a corner.  But this fox chose poorly, to say the least.  This farm hosts as many as 6,000 free-range chickens on the five acre property.  The birds spend most of every day outside.  So when the fox appeared at night, they reacted naturally as a group to the threat.  Daniel explained, “They can be quite tenacious when they are in a pack”. 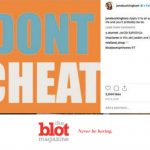 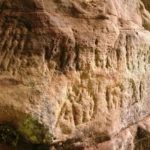