The happenin’ event attracted 500 people and more than 150 pets including dogs, cats, a pink hen, a rooster and even a bearded lizard. Co-chairs Ada Nieves and Gregg Oehler are longtime animal supporters, and all proceeds from the show went to the Mayor’s Alliance for NYC’s Animals.

Oehler described the event as a “Rescue Revolution” in tribute to the ’60s and ’70s in fashion, music and attitude. He called it, “Peace, love and animal rescue.” Oehler’s black T-shirt sported three symbols: a peace sign, a heart and a paw. “Our goal is to put a face to animal rescue,” he said.

Jewelry designer Chen Sahar flew all the way in from Israel with her exclusive creations that included a matching collar and bracelet ensemble made of hundreds of hand-selected Swarovski crystals and sterling silver. Shelter dogs up for adoption strutted the runway wearing jewels and elaborate costumes, and one puppy modeled the $12,000 collar.

Morgan Williams Avila has four Leonbergers: Mr. America, Hollywood, Zanzibar and Magneto the puppy. The three grown-up doggies went to Westminster on Tuesday, Feb. 17. Hollywood won runner-up this year at the Doggies and Tiaras Pageant, and Mr. America won runner-up last year. This year, the dogs sported fashions by Anthony Rubio and Dawn Deisler. Williams Avila said, “Mr. America does theater, set work and television movies. Hollywood does set work. Mageneto does theater. And Zanzibar, my biggest, does television.” When I asked about the expenses she said, “The food and vet bills are high, but the dogs are so worth it.” Then she flashed a smile and said, “I’m the only one in the country that has four intact males.” I can tell you, all four of her Leonbergers are gentle giants and very well-behaved.

I had the pleasure of speaking with pet stylist and pet fashion designer Ruben Santana. To see his designs, visit RubenSantana.com, and you can follow King Tut at KingTutKingdom on Instagram. Here’s a fun video clip about Santana and his work:


Another dog fashion designer, Julie Lancaster, came in from West Virginia. “I’m originally from New Orleans,” she said. “Then I moved to the Caribbean and then to Richmond, Va. After being a muralist for 15 years and working with textiles for 10 years, I just wanted to get a job where I could be home and enjoy my dogs and do what I like.” She didn’t go into the dog fashion biz with any expectations but said, “I’ve gone from 150 friends on Facebook to nearly 3,000. I put stuff out daily. Now I have a couple of gals that work with me. I’m a very fast sewer, but I put in long days. I always tell people, ‘You don’t want my hours.'” Then she laughed and introduced me to her two dogs, JuJu and Sophia. Both looked lovely in their extravagant lace garments. 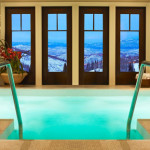 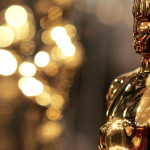