The United States Patent and Trademark Office has ruled that the NFL franchise that plays in Washington, D.C., uses a name “disparaging to Native Americans.” Federal law says that you can’t trademark hate speech, and so the corporation that profits from the abuse lost six trademark registrations. This just might be the issue that makes the racist owner yield.

Jesse Witten, the plaintiffs’ lead attorney, put out a press release that read in part, “We presented a wide variety of evidence – including dictionary definitions and other reference works, newspaper clippings, movie clips, scholarly articles, expert linguist testimony, and evidence of the historic opposition by Native American groups – to demonstrate that the word ‘r*dsk*n’ is an ethnic slur.”

The team made the registrations over a period from 1967 to 1990. The main defense was a legalism, “laches.” For English-speakers rather than law-school graduates, that simply means an undue delay in making a claim that creates a disadvantage for the opponent. The disadvantage, I suppose, was that the country woke up to the fact that hate speech is wrong. Words used in 1967 are unacceptable today (e.g. “groovy”).

The Trademark Trial and Appeal Board wasn’t buying that, writing in its decision, “We decide, based on the evidence properly before us, that these registrations must be cancelled because they were disparaging to Native Americans at the respective times they were registered.”

Now, I have remarked on the name before, and this ruling is more than symbolic. Indeed, it strikes at the wallet of team owner Dan Snyder. Anyone can now produce T-shirts, hats, sex toys and cocaine wrappers with those words and logos, and he cannot sue them. His merchandising is going to take a hit like a linebacker blindsiding a blitzed quarterback.

NFL merchandising is worth $3 billion a year (it’s a shared thing among the owners). Forbes estimated a year or so ago that the franchise in D.C. was worth $1.6 billion, and it turned a profit of $109 million in 2012. Changing the name and such would cost Snyder anywhere from $3 to $10 million — lawyers, consultants, sign painters, stationary printers, etc. Snyder is a businessman, and he didn’t feel like spending that. Now, though, he has a reason to spend the money; with the trademark protections gone, people won’t pay the premium for the official licensed stuff when legal, unlicensed products are available. If this costs the NFL even 0.1 percent, the cost of changing starts to make sense.

In addition, those who hate the name can now use the logo in all sorts of ways to mock and denigrate that might have been the basis of lawsuits before this ruling. The Cleveland Indians have a similar problem with their logo that features Chief Wahoo — many fans have “dechiefed” their merchandise in protest. The Washington team is next for that treatment.

As I said, Snyder is a businessman, and this might just push him to realize what a huge opportunity it is to rebrand his team. Yes, it will cost him a few million in up-front money. But if every fan has to buy a new hat, T-shirt, jersey, etc. to reaffirm his or her loyalty, the new revenue ought to make up for the cost. And I have suggested letting the name be chosen by the First Americans themselves; he’d create a huge new fanbase as well as extinguish any hard feelings.

You can appeal to Snyder’s sense of decency, but his refusal to change the name makes me doubt he has any. You can appeal to the NFL, the players’ union and the fan club, but he clearly doesn’t care much about them either. If he were forced to sell (like the asshat who owns the NBA’s Los Angeles Clippers is), he might put up a legal fight that drags this on for ages.

But attacking his wallet is something a businessman is supposed to understand. I have a new favorite government agency … The U.S. Patent and Trademark Office. 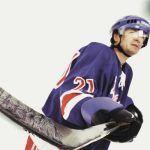 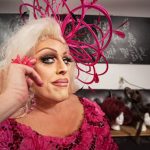