In my relatively new role of grandfather to a 2-year-old, I find that keeping the little angel entertained and/or busy is something of a challenge. My passions (art museums, the theater and the rest of New York’s cultural scene) are not hers — at least not yet. So I find myself looking for things to do that a toddler would enjoy.

Enter the awkwardly named Flushing Meadows-Corona Park. It’s the largest park in Queens, and at 1.9 square miles, is bigger than Central Park by 0.6 square miles. This is where New York hosted the World’s Fair in 1939 and in 1964. It has the usual amenities of a large park: You can rent boats to row on the lake, barbecue your burgers and play a pickup game of almost anything you like.

But if you wander over to the western edge of the park, just north of the Long Island Expressway, you’ll come to what I consider to be one of the best places in the world for the under-5s. Fantasy Forest is a kiddie amusement park that sits a few moments walk from the Queens Zoo and the petting zoo attached to it.

When I was a 4-year-old in the San Fernando Valley in Southern California (where I did not acquire the accent), my parents would sometimes take me to Disneyland. Even in those days before the Haunted Mansion and Space Mountain were even built, it was an expensive day out (even with the coupon book you would buy that never had enough E-tickets — Google it). A thrifty alternative was Uncle Ben’s Kiddieland. It had a small roller coaster, pony rides, a Ferris wheel and a carousel. Dad would buy some of the little red tickets, and that was our day out.

I understand they dismantled Uncle Ben’s in the early 1970s and, like a lot of my childhood, I figured it was just gone. Time has a way of changing places, and that’s just part of the deal.

Then, I took Elise (age 2) to Fantasy Forest, and I felt almost half a century younger. The carousel was created for the 1963-1964 World’s Fair by combining two historic Coney Island carousels. The Cobra Coaster is the only roller coaster in Queens (although the 7 train has its moments). The little train was more brightly colored than the one at Uncle Ben’s, while the Queen’s Himalaya reminded me of the sled ride from my childhood.

There aren’t any ponies to ride, but who needs that when the Queens Zoo has alligators, mountain lions and sea lions? If you are really into the whole zoo thing, then, you really need to go to the Bronx, but when you have a toddler on your hands, that’s a bit of a trek (despite almost 30 years in New York, I have never schlepped). I don’t know if all children are naturally attracted to animals, but Elise can’t get enough of them. She particularly liked the bird house (which has a skywalk that those who have vertigo may want to skip).

Mark Twain had an expression “more fun than a goat.” At the petting zoo part of the park, you get to see what he meant by that. There are horses, but riding them is not part of the deal. And I think it is important that everyone, at least once in their lives, gets a good look at what it takes to look after these domesticated animals. Rarely have I been so grateful not to be a farmer as when I am surrounded by farm animals — it is far too much work.

Getting to Flushing Meadows-Corona Park is easy: Take the 7 train and walk south from 111 Street, or if you live in Queens, you probably already know that the Q58 drops you about three blocks away.

Next year, it will be even better. We won’t need the diaper bag! 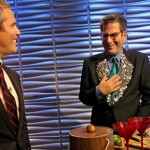 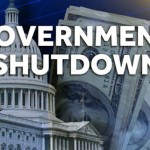