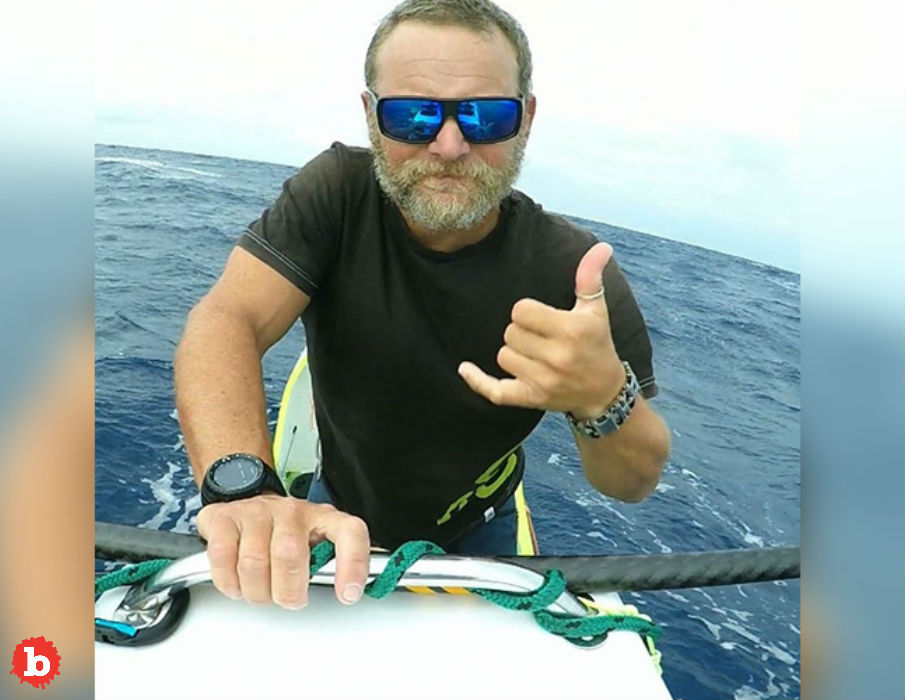 So I’m officially an underachiever.  I’m just a few years younger than the 50-year-old mark.  There never, ever, seems to be enough time to go to the gym.  And when there is, I can’t seem to find the energy to really take advantage of getting to the burn.  But this is not the reality for the half a centenarian Antonio de la Rosa.  He just turned 50 and this Spaniard is living his life to the fullest.  But his latest vacation has set the bar pretty damn high for the rest of us underachievers.  So what did he do with his summer?  Nothing much, besides paddling all the way from the state of California to the distant Hawaii islands.  All by himself!

Read More: Here Are Some New Tips on How to Use Green Energy

So in case you didn’t pay attention when you flew across the Pacific Ocean, we’re talking about 2,500 miles.  In metric terms, that means over 4,000 kilometers.  But Antonio is a stand up guy.  And I do mean he was standing up.  He paddled, standing up, the entire distance.  His “paddleboat” is shaped kind of like a submarine.  It’s 21 feet long and made the trip in style.  But the boat and Antonio faced some rough conditions on the way.  That hurricane, Flossie, passed pretty near, only 60 miles distant.  That’s the kind of proximity that guarantees rough conditions!

Top Ten Destinations in 2018 for Fun, Cuisine and Nature

THIS ADVENTURE WAS LONELY AND EXHAUSTING, BUT THATS WHAT FLOATS HIS BOAT

But Antonio planned well and made it across.  He mostly ate dehydrated food, kind of like an astronaut.  He just added heated water.  But he did occasionally fish as well.  His daily routine was to paddle somewhere between 8 and 10 hours each day.  But he was always tired.  And no, not just because of the arduous pace and routine.  But when he did sleep, he would wake up every hour on the hour to inspect all of his gear.  But he thoroughly enjoyed his little adventure and birthday on the water by himself.  The only downer?  Every day, he saw discarded fishing gear floating on the water.  I guess it would be a little depressing, being all alone, yet still seeing garbage every day surrounded by nothing but the horizon.

So what will you be doing next summer?