David Letterman has hosted a nightly talk show on a major network during all 30-plus years of my existence on Earth. So when the credits roll at the end of the final episode of “The Late Show with David Letterman” on CBS Wednesday, May 20, my life will be sans “Stupid Pet/Human Tricks,” “Late Show Top Ten,” Jack Hanna animal segments, check-ins with Paul Shaffer and the band, Darlene Love at Xmas, announcer Alan Kalter, “Audience Cam,” the occasional sexual harassment accusation and Tom Dreesen appearances only Dave cared about.

So with the gap-toothed funnyman from Indy officially retiring, it’s only appropriate to bring you — from the home office in Wahoo, Neb. — The Top Ten David Letterman Moments In Late Night (NBC included, naturally).

Late, great (to someone) comic/trickster Andy Kaufman already wrestled pro Jerry Lawler, as well as various women in a series of bizarre stunts in the ring. The “Taxi” star visited Dave’s couch with Lawler to discuss the affair which left Kaufman injured in a neck brace. Ever the performance artist, Kaufman begins to antagonize Lawler until the wrestler slaps him, hard, off the couch. The interview continued with the “angry” comedian cursing and tossing his cup of coffee at Lawler. This was all, of course, widely believed to be staged, but it’s still fun to watch.

During a bizarre interview to promote his film “River’s Edge,” the original George McFly himself, eccentric actor Crispin Glover, appeared in a strange wig, glasses, platform shoes, striped pants and possibly (hopefully) on drugs. He rambled on like a crazy person, read newspaper clips about him and nearly kicked Dave in the face while demonstrating his physical prowess. Like Kaufman, some say this was a gag, but I don’t think Dave was in on the joke.

Can you believe not everyone likes Dave? Unbelievable, right? Apparently Cher was one of those very few people, and she let him know how she felt by calling him an “asshole.” Dave and co. had been trying to book the singer/actress/plastic surgery aficionado since day one, but she simply thought he was a jerk. Way to judge a book by it’s cover, Cher! She has since warmed up to him.

At this point in her career, Drew Barrymore was known for two things: She was the little girl from “ET,” and her drug use was getting outta hand. Thankfully, she has changed both those perceptions, but on Dave’s birthday back in ’95, the then-20 year old wild child decided to jump on his desk and give him two big surprises. I’m not sure his surgically repaired heart could handle it if this happened now.

Take note: If you’re gonna call Madonna a whore, make sure she isn’t that night’s guest. While introducing the Material Girl before her interview, Dave mentioned her accolades along with having “slept with some of the biggest names in the entertainment industry.” Imagine the feminist scorn he’d get for that today? He certainly got Madonna’s, who went on to use the word “fuck” 14 times along with several vulgar references during their “chat.” Dave got great mileage out of it for a while, and we loved watching it. Needless to say, Fallon would never do this. Kimmel, maybe.

Joaquin Phoenix is an amazing and interesting actor. If you’ve seen any of his films (most recently, “Inherent Vice”), then you know the man gets lost in a character. No one was quite sure at the time, but Phoenix’s sunglasses and beard-covered appearance in 2009 was staged to promote the Casey Affleck film … doc … whatever the hell “I’m Still Here” was. The audience, viewers at home, Paul and Dave were perplexed yet amused with Joaquin’s mumbling and incredulous attitude toward’s Dave’s questions. Where are we gonna get these performance-art moments now, Dave? Bonus points for the Farrah callback.

Oh, Michael Richards. Stupid, stupid Michael Richards. Fresh off the heels of his memorable standup performance at Los Angeles’ Laugh Factory — which included his tactful decision to go after a heckler by hurling the word “nigger” several times with mentions of lynching — the man who will always be Cosmo Kramer dropped by “The Late Show” via satellite along with guest Jerry Seinfeld. It was Jerry’s misguided attempt at giving Richards an opportunity to explain himself and save his career after the video of his tirade made him radioactive. Unfortunately, his apology came off as bogus as well as his use of the term “Afro Americans.” The audience, rightfully, found this humorous much to Jerry’s chagrin. Fuck you, Seinfeld. Don’t tell us what we can’t laugh it, especially when it’s as laughable as this staged farce.

In January 2000, Dave’s doctors discovered a severe artery blockage in his heart that required immediate surgery. During his five weeks recovering, reruns aired as well as the appointment of several guest hosts to sit at his desk. The “guest host” strategy hadn’t been employed since Letterman’s idol Johnny Carson was still on the air. Celebs such as Dana Carvey, Bill Cosby, Kathie Lee Gifford, Janeane Garofalo, Regis Philbin, Tom Synder, Charles Grodin, Paul Shaffer and David Brenner took turns keeping his chair warm. On Feb. 21, a slimmer, post-surgery Dave made his triumphant return along with the surgeons who saved his life.

“Will we ever laugh again?” was a question many were asking after the terrorist attacks on Sept. 11, 2001. All of late night TV went dark for several days after that horrific day, but it wasn’t until the New York-based elder statesman, whose studio is in Midtown Manhattan not all that far from where the Twin Towers stood, decided to go back first that things started to slowly get back to normal. It was a somber, almost laugh-free episode with then-host of the “CBS Evening News” Dan Rather as the guest. Letterman remembers not even wanting to go back. Moments like these is what separated Letterman from Leno. I have no idea who currently on late night TV could handle themselves in this situation (hopefully, we won’t need to know). Jon Stewart couldn’t even hold it together. Who could blame him? 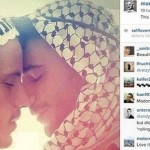