This morning in South Africa, after the six-month trial of Oscar Pistorius, Judge Thokozile Masipa found the defendant guilty of culpable homicide in the shooting death of his girlfriend, model Reeva Steenkamp. Yesterday, we heard the verdict that he was found not guilty of murder. Today, the judge let the killer leave the court on bail in the custody of his uncle.

This is wrong on so many levels.

Judge Masipa even said the paralympic gold medalist, nicknamed Blade Runner, had not acted reasonably. She said, “I am of the view that the accused acted too hastily and used excessive force.”

His defense has always been that he thought he was shooting an intruder. The judge said instead of picking up a gun, “all the accused had to do was pick up the phone and ring security, or run to the balcony and call for help.” She also called him “a bad witness who was more worried about the impact his answers might cause than the answers themselves.” But she also said that despite his lack of truthfulness, that was not a clear indicator of guilt. C’mon.

So, just like O.J. Simpson, Pistorius seems to be shimmying through a murder conviction based on legal technicalities. I wonder what kind of sentence Pistorius will get for culpable homicide, which is equivalent to manslaughter in the U.S. We won’t know until the sentencing hearing on Oct. 13. Until then, he’s free to go wreak havoc. This is a man with many whoopsies: He “mistakenly” shot a gun in a crowded restaurant, a witness said he saw an enraged Pistorius fire a gun through a car’s sunroof and another charge was possession of illegal ammunition.

Twitter has been buzzing so loudly on the subject of men hurting women. Even though a video surfaced months ago, nobody can get over seeing NFL star Ray Rice punch his then-fiancee Janay Palmer (who is now his wife!!) in an elevator, knock her unconscious and then drag her out with all the care you’d give to a stinky bag of trash. I’m glad to see the NFL has been feeling the public outrage over Rice’s little slap on the wrist — he’d only received a two-day suspension.

Tell me, why the hell does it take so much to get everyone’s attention?

The good news is Rice suffered a consequence — he was cut from the Baltimore Ravens, which means he won’t be getting his hands on the $4 million he could’ve earned this year. Palmer still married him, though. And not only that, she DEFENDED HIM over his dismissal from the team: “To take something away from the man I love that he has worked his ass off for all his life just to gain ratings is horrific,” she said, implying that it was wrong for the NFL to turn on her Ray-Ray just because of public pressure.

She also wrote, “If your intentions were to hurt us, embarrass us, make us feel alone, take all happiness away, you’ve succeeded on so many levels.”

No, the idea was to embarrass him. To take things away from him for assaulting you.

Her reaction speaks volumes about the domestic abuse cycle. “Just know we will continue to grow,” Palmer added, “and show the world what real love is.” That is so twisted and sad I have to change the subject.

So the NFL in its great sensitivity had originally scheduled Rihanna to sing for last night’s Thursday Night Football. The league changed its mind when the public threw venom at it for being so clueless about domestic violence. The irony is almost laughable, if it weren’t so tragic. Rihanna made the papers in 2009 when then-boyfriend Chris Brown pummeled her gorgeous face. And afterward, she, too, went back to her abuser. Where is Brown now? He just pleaded guilty on Sept. 2 to assault for fracturing the nose of a fan who tried to get in a photo with him. Brown was sentenced to time served, two days in jail. Are you kidding me?

In mid-October we’ll hear what kind of sentence Blade Runner Pistorius will get. He may just receive house arrest with no jail time. Today, Steenkamp’s parents told NBC News they were in “disbelief.” They were shocked the court believed Pistorius.

“She died a horrible, painful, terrible death, and she suffered. I can’t believe that they believe it was an accident.” 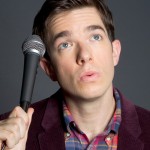 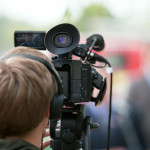