It’s only a matter of time before the Oscar Pistorius and Reeva Steenkamp story gets a movie studio bigwig drooling — that is, if it hasn’t already.

The trial of Pistorius, who killed his model/law student girlfriend Steenkamp on Valentine’s Day in 2013, has been a nail biter. Today, The Associated Press announced that Judge Thokozile Masipa had sentenced the paralympian, nicknamed “Blade Runner,” to five years in prison for culpable homicide.

Curiously, despite being convicted on a separate charge — negligently firing a gun in a restaurant and narrowly missing his friend’s foot — Pistorius received only a three-year suspended term for that, which is to be served concurrently.

So, Pistorius fired four shots into his girlfriend through a bathroom door last year after he had that pre-Steenkamp shooting in which he went pistol-postal in a crowded public place and then asked his friend to take the blame because poor he didn’t want any media hype, and this is all he’s getting?

Sorry, I just threw up in my mouth.

Even though I found her too lenient, one thing I’ll say for Judge Masipa is that she didn’t coddle Pistorius as far as his right to special treatment in prison due to his disability. The judge said she was uncomfortable with the overemphasis by the prosecution that Pistorius will be too vulnerable in prison. She said she was sure the prison would have facilities for special-needs inmates.

The prison is no holiday camp, that’s for sure. He will do his time in Kgosi Mampuru II prison in Pretoria, South Africa, which has a history of hideous karma. Formerly known as Pretoria Central Prison, it’s where thousands of people were hung during South Africa’s apartheid.

According to NBC News, criminal attorney and former prosecutor Marius du Toit said prison authorities would “hate for anything to happen” to Pistorius and would likely be “very cautious” about his welfare. “Having said that, there are no guarantees,” he said in the report. “In prison you are dealing with the most unsavory characters in society and I would think Oscar would be a marked man. There is no guarantee that he would be safe or otherwise. ”

As Pistorius slip-slides through the judicial system, not only does he get to appeal, but he may even go home after serving a piddly 10 months in the can.

For any screenwriter wannabes, tune in for the juicy truth-is-stranger-than-fiction details.

“I don’t think the sentencing was fitting the crime. The conviction and the sentencing should’ve been higher. Minimum murder 1 and minimum 20 years. He has taken someone’s life. Shot her four times through the door. I still fail to see the state’s evidence of where he thought his life was in danger. Where was he to that extent that he needed to use excessive deadly force four times?

“That poor girl and what she went through in that small little cubicle. I’m here because I was a friend of hers. The Steenkamps have been so humble … I have to commend them on how they’ve handled this whole thing. … He [Oscar Pistorius] should be eating humble pie. He should be remorseful. He shot and killed their [the Steenkamps] daughter. It’s disgusting that he could be out in 10 to 12 months. … I don’t think justice was served.”

As Steenkamp’s mother June was leaving the courtroom today, a journalist got up in her face and asked, “Do you think he will be out in less than a year?”

“It doesn’t matter. At least he’ll have to pay something,” June replied.

Pushy journo then asked, “Do you believe justice has been served?” to which June said, “Yes.”

Huh? What am I missing here??

When the reporter asked for further comment, June’s response was, “I made a comment to you.” She then pushed her way through the crowd, and Steenkamp’s father said, “We are satisfied.” 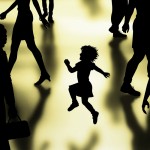 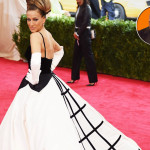