All photos by Dorri Olds

Thankfully, us New Yorkers got a break from the frigid temps and enjoyed an almost spring-like (40 degrees) Sunday. It was a happy crowd that gathered at the PupScout 1st annual Pre-Oscar Red Carpet Pawty and Fashion Show held at Wyndham Garden in Chinatown. The lovely and talented Ada Nieves was the guest designer.

What a sight it was. Upon entering, the first fashionista I spotted was this puppy in a purse:

Next was debonair Petey, dressed by his mom Beth Kraimer of Petey’s Closet.

Nieves does much more than design, though. Warm and wonderful, she gives big bear hugs to everyone she meets. She attends nearly every New York City animal fundraiser and spreads the love for every two-legged and four-legged new friend while fighting to save every homeless animal.

There were many proud pet parents attending the glitzy affair. Here is Miguel Rodriguez, a groomer at the Venus & Dalia Pet Spa, holding his sexy Schnauzer, Venus.

I’ve always had a soft spot for Pugs. Meet Calypso and his mom Stavroula Psonis. “The wife in a couple didn’t want her anymore,” said Psonis. “Calypso had an eye infection, and they’d neglected it.” The name of the Pug’s condition is pigmentary keratitis. “They never told me,” Psonis said. When I asked how the vet bills have been she said, “We manage — and she’s totally worth it. She is the best thing that happened to me so far in my life.”

PupScouts of DPFamily is a national non-profit organization dedicated to helping the dog community and making humans smile. Think Girl Scouts but with pups.

Watch this video to learn more about PupScouts and the people that love them: 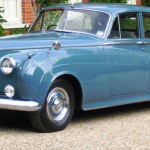 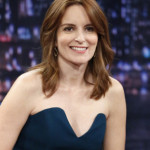