SWISS ZOO SHOCKED TO LEARN WHO BABY DADDY REALLY WAS

So romance is often an unpredictable thing.  But it clearly offers surprises in the strangest of places.  Even in the Basel Zoo!  But this time the romance was on animal planet, not Bourbon Street.  So I have to make this reference.  Right turn, Clyde?  Swiss officials at the Basel Zoo had a little mystery to solve.  But when they did, the truth were shocking.  So what happened and how does it involve orangutans?  Well, there was this baby 5-month-old orangutan whose name is Padma.  But Padma isn’t the baby orangutan zoo officials thought she was. Her real paternity was a shock.

So orangutans, as you may know, are an endangered species.  And these orangutans at the Basel Zoo are part of a breeding program to increase their numbers.  These programs are often challenging if not outright daunting as they are a race against impossible odds.  So the people running them do intense monitoring and recording of the animals in the programs.  That’s why they did a paternity test on Padma.  But when they got the results, they were stunning.  Padma’s dad was NOT the male orangutan in the enclosure with her mom!  So how the hell did that happen?

DADDY WAS THE OLDER MAN NEXT DOOR, AS ROMANCE LIVES IN CAPTIVITY

Padma’s mom is Maja.  Maja had been in an enclosure with a 14-year-old male, Budi.  But Budi is not the baby daddy.  Padma’s daddy is an 18-year-old male, Vendel.  But the aged, orange Adonis lives in a different enclosure next door!  So it seems that romantic preferences trumped the breeding program.  Vendel and Maja managed to get it on thru holes in the fence between their enclosures!  So maybe that doesn’t sound too romantic.  But love finds a way no matter what.  That is romantic.  Or maybe it’s because Vendel is the only male old enough to have those sexy cheek pads female orangutans prefer.

So I’m gonna let my beard grow a bit. 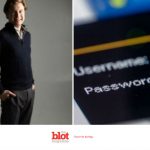 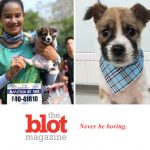