The Smithsonian Institution is often called “America’s Attic.” It operates 19 museums and galleries as well as a zoo. You can see almost everything important in American history from a lunar module from NASA’s Apollo program to an entire exhibit on Elvis Presley. The contents of a time capsule buried in 1795 by Paul Revere and Sam Adams were recently dug up and reside with the Smithsonian. Now, there is serious talk about building an exhibition gallery in London, England. Well, London has to do something with its Olympic legacy.

The discussions are underway between the powers that be at the Smithsonian and the office of Boris Johnson, London’s Conservative mayor. The gallery would be in the East End, in what is coming to be called “Olympicopolis” (although some detractors are calling it Borisopolis), and it would be near a branch of Sadler’s Wells Theatre, the University of the Arts London and the Victoria and Albert Museum.

The Smithsonian said, “Smithsonian officials say that the Institution’s London project would play a major role in increasing its global presence and reaching a wider audience.”

Mayor Johnson was equally kind, saying, “I remember going to the Air and Space Museum absolutely vividly as a 5-year-old. From the London point of view, there could be nothing more exciting culturally to have one of the great museums of the world here and to welcome it to our city.”

Now, as a former Londoner, I don’t have much time for Boris as a political thinker. He’s an unkempt public schoolboy who says far-right wing things not only to get a rise out of people but because in his reactionary heart he believes them. He’s about to return to the House of Commons in the May election because he has been selected in a safe Tory seat, and I can easily see him as party leader — Prime Minister Boris Johnson are four words that actually bother me more than the words President Sarah Palin because Boris could be PM. Sarah’s star has faded.

That said, Boris loves London as much as I do. He genuinely, passionately cares about the city. His policies start from the wrong place, but I don’t doubt for a moment that he wants to leave behind a better city than he inherited. So, he’s got to do something with the Olympic facilities left over from the 2012 Summer Games.

There are some success stories from Olympic Games gone by. The Los Angeles Coliseum hosted the 1932 and 1984 Games, but it opened in 1923 having an economic purpose before the games. Helsinki hosted the 1952 games, and the Olympic Stadium is still used. Barcelona in 1992 revived its more rundown sections with prudent management.

Yet, there are the horror stories, too. Consider the Athens games of 2004. Greece, home of the Olympics themselves more than 2,000 years ago, built 22 new facilities for the event. Of those, 21 now are abandoned. Much of the current Greek financial mess is related to the Olympics, and the nation’s inability to pay its bill has hurt the Olympic legacy.

Beijing’s experience is less dramatic but still bad. The Bird’s Nest, as the stadium is called, was lit up by fireworks for the Opening Ceremonies. Today, it’s barely lit up with electricity. The rowing canals are dry, and the baseball stadium has trees growing in the infield.

The Winter Games in Sarajevo left numerous buildings that became targets for artillery during the break up of Yugoslavia, so I give them a pass. The Germans also get a pass for ignoring the facilities from the 1936 Nazi Games, but the abandoned train station that used to serve Munich for the 1972 games doesn’t have that excuse.

It’s too early to tell if last year’s Sochi Games are going to have the same kind of problems, but Russian oligarchs have a way of screwing up things and putting the money they make abroad. I am not hopeful.

So, the unlikely paring of the Smithsonian and Boris actually makes some sense. Even though I was a West End Boy, I’d hate to see the East End go back to what it was. 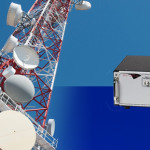 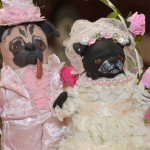