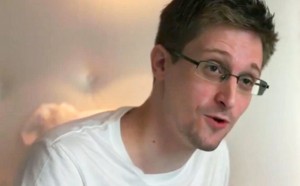 Should you boycott the Olympics in Russia because of treason committed by Edward Snowden? I would.

“Holy crap, the Olympics are this Winter?!”

“Holy crap, some US Senator wants to boycott it?!”

Take a moment to collect yourself, dear reader. That is quite a bit of information to absorb at once.

At present, Snowden sits in the terminal of a Moscow airport where he awaits a decision from Russian President Vladamir Putin regarding whether or not he will be admitted into the country, despite repeated request from U.S. officials that Snowden be extradited to the United States, where he awaits charges of espionage and treason.

“I would just send the Russians the most unequivocal signal I could send them,” a frustrated Senator Graham recently told The Hill , “At the end of the day, if they grant this guy asylum it’s a breach of the rule of law as we know it and is a slap in the face to the United States.”

The modern Olympic Games have had several instances of boycotts throughout their 118-year run. Nations, both large and small, have opted to keep their athletes home for a host of different reasons ranging from human rights abuses to allegations of unfair treatment by the host country.

However, in the history of the Winter Games, there has only been one instance of boycott, which occurred in 1980 when Taiwan refused to compete under the name Chinese Taipei.

For its part, the United States has sat out the Olympics only one time. A U.S.-led boycott of the Moscow Games in 1980 occurred in response to the Soviet invasion of Afghanistan. 40 countries stood alongside the US and did not participate.

Although the boycott was seen as part of a carefully orchestrated, larger diplomatic movement meant to show the depth of US resolve at the height of the Cold War, it was ultimately unsuccessful. In 1984, the Soviet Union and other nations sympathetic to it, returned the favor and boycotted when the Summer Olympics held in Los Angeles.

Prior to 1980, the only other hint of a U.S. boycott came during the 1936 Games Berlin in response to reports of the persecution of Jewish athletes. Adolf Hitler saw the Games as an opportunity to tout Aryan racial superiority. (It should be noted that the International Olympic Committee granted the Games to Germany prior to the Nazi rise to power.) The U.S. ultimately decided it would participate. African American sprinter Jesse Owens created a headache for the Führer when he the most successful athlete of the games, winning four gold medals.

The United States Olympic Committee, along with lawmakers from both sides of the aisle, have taken pains to publicly distance themselves from Senator Graham’s comments, “Olympic boycotts do not work. Our boycott of the 1980 Olympic Games did not contribute to a successful resolution of the underlying conflict.” A recently released statement from the USOC read. “It did, however, deprive hundreds of American athletes, all whom had completely dedicated themselves to representing our nation at the Olympic Games, of the opportunity of a lifetime. It also deprived millions of Americans of the opportunity to take pride in the achievements of our athletes, and in their dedication and commitment, at a time when we needed it most.”

In his quest to keep the US out of the games, conservative Senator Graham may find an unlikely ally in human rights groups, like Human Rights Watch, which are also calling for a boycott. These groups cite pending legislation in Russia’s parliament, which if passed would ban displays of affection between same sex partners in public. 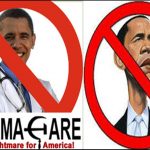