So I don’t have a dog.  I haven’t since the early 1980’s.  But they are a ton of fun and when walking them isn’t a chore, it’s great excuse to go to nice places for long walks.  That certainly seems to be the case for Army National Guard Sergeant Franklin Richardson who went somewhere nice with his wife, Jessica, for a long walk with their dog.  So where was this nice place?  Oktibeha County Lake, which is in Mississippi and is a Kampgrounds of America property.  But as soon as they got there, an old white woman pulled a gun from her pocket.  She said she was the manager and that they didn’t belong there and they didn’t have a reservation!  Why? Because this couple was a black couple.

Read More: This Dog Shot His 74-Year-Old Owner With a Shotgun

WHO SHOOS PEOPLE AWAY LIKE THEY’RE DANGEROUS ANIMALS? RACISTS, THAT’S WHO

But it got slightly worse, if you can imagine.  As they stood there in shock, she also said, “Get! Get” as if she was talking to dangerous animals!  Richardson explained what happened, saying, “Time stopped. Everything stopped. I was confused as to what was going on. It’s not like we posed a threat to anybody out there walking our dog. There’s nothing harmful about that.”  But of course, Richardson and his wife took a video of the whole affair.  She posted it on social media with the caption, “Racism is Alive and Well.”

But Mrs. Richardson also made it clear that they had spoken to the racist, gun toting old woman’s husband first who confirmed they didn’t need a reservation to be there.  Kampgrounds of America immediately fired the woman, which is a no brainer.  As it is, this could be a dicey situation for the company.  They release the following statement, which I hope the rest of their employees read, too: “Kampgrounds of America does not condone the use of a firearm in any manner on our properties or those owned and operated by our franchisees. The employee involved in the incident has been relieved of her duties at the Starkville KOA.” 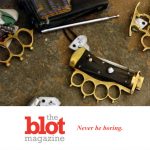 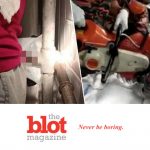