SCIENTISTS GIVE OLD MICE ECSTASY, OLD MICE CHILL LIKE THEY’RE BACK IN THEIR TEENS

So are you not entertained?  Well, keep reading and you will be.  But if you’re older, you might find this really entertaining, especially if you’re a mouse.  But if you’re still young, this article is not yet for you.  You don’t need it, and you don’t need to know about MDMA, or Ecstasy.  Sure, it’s still out there, in the wild.  So kids these days probably do know all about it.  But scientists are finally able to study MDMA out of the wild and in the laboratory.  And they are making some amazing discoveries.  One big recent one is that older mice on MDMA started to socialize as if they were teens.

Read More: Wisdom is the Oldest Lady Bird in the World, and Just Laid Another Egg

So what’s the big deal?  That’s not how things normally work, for mice or for human beings.  It’s one thing to take a drug and suddenly find yourself in the mood for sex.  But it’s quite another to revert to a mode of social behavior that only happened when you were just past puberty.  As you might recall, pretty much everything was different back then.  So it’s no small potatoes that “the love drug” prompted mice to not at all act their age, biologically and otherwise.  The MDMA seems to have returned old mice brains to a younger, fresher and more interactive state.

But young brains have “critical periods” where they have much more plasticity.  So that means they are more malleable, changeable.  And yes, that is why young brains are able to learn so many things at once, so quickly and so well.  But those critical periods don’t really happen after you get older.  Your brain is less malleable.  You don’t learn as well, or as fast.  You are also less prone to being social with new, or many people (or mice!).  But these older mice on MDMA have highlighted something stunning.  There is a way to hack our brains into acting young again.

Sound crazy?  Well, sure.  But it’s real.  This also may help start to explain just how it is that the best treatment for PTSD is…. MDMA.  Too bad our scientists couldn’t legally examine it for fucking decades.  Better late (teens) than never!  Just ask those ecstasy mice…. 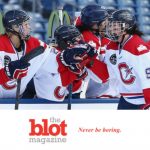 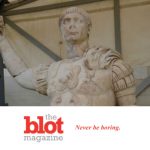