I like eating meat.  But most especially the occasional steak with just the right wine and grilled to perfection.  Yet I, like most of us, am completely disconnected from how beef goes from hoof to happy plate.  But that’s probably why I still like eating meat.  Ignorance is bliss.  But for whatever reason, I feel some kind of a connection to the monster longhorn who hoofed it for real.  He totally escaped his scheduled death sentence from a meatpacking plant in Oklahoma.  He weighs 700lbs and clearly has a mind of his own.  Namely, not to end up our plates, ever.

DOES OKLAHOMA NEED AN AMBER ALERT FOR ESCAPED GIANT CATTLE?

So residents in Lawton Oklahoma, received an unusual warning and request from local animal rescuers.  You know, when you’re out and about make sure you let us know about that 700lb longhorn.  But if you see him, be sure not to approach and contact local authorities immediately.  I guess if this happens a few more times they’ll need to institute a Amber Bovine alert.  But sure, maybe that’s a little premature.  So how did this happen?  And could it happen again?

GIANT BEAST SIGHTED ON LOCAL INTERSTATE, BUT HOOFS ANOTHER ESCAPE

So far, there aren’t answers to either question.  Staff at Lawton Meat Processing arrived to work as usual at 8 am on a recent Wednesday morning.  So when they saw an empty pen, they knew something was afoot. Or ahoof.  Someone reported the horned escapee around 5am on Interstate 44 south of Lee, Oklahoma.  But by the time authorities arrived, the slippery steak had already fled the scene.  Lawton Animal Welfare posted on Facebook, “If a vehicle, including trucks, come in contact with an animal this large the results are never good.”

The escaped longhorn’s owner reported that it’s totally gentle to people it knows.  But it’s a bit wary of anyone it doesn’t know.  So far, there are no updates two weeks later. 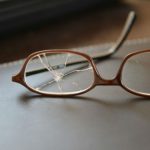 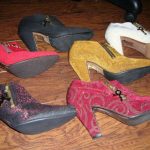