Apparently not feeling the hoodie, state lawmakers don’t like history either. Or at least not teaching it rigorously with an unfettered curriculum centered on an examination of the past.

Rep. Dan Fisher, the bill’s sponsor, claims the elective courses that students take to earn college credit while in high school only “teach what is bad about America.”

Couched in right-wing social ideas, the measure is really a way to jam Christian education into the public sphere. Fisher is a member of, and inspired by, the Black Robe Regiment, a Christian-conservative group that aims to influence public policy. The Black Robe Regiment’s webpage mentions God 10 times and describes itself as a “resource and networking entity where church leaders and laypeople can network and educate themselves as to our biblical responsibility to stand up for our Lord and Savior.”

The insertion of moral values into education is valuable, but not if it favors one religion or social viewpoint over another. At its best, education should be about making choices, providing better options for students and creating a smarter, more humane society. This bill and similar initiatives being considered in other states — Colorado, Georgia, North and South Carolina — fail miserably to uphold or promote this standard.

One state lawmaker against the bill, Emily Virgin, represents parts of Norman, where the University of Oklahoma is located, a liberal district in this very red state. Virgin told TheBlot Magazine that she has spoken with students since the news broke last Monday and has since received a large response against the bill on social media. Several students told her that they were able to save on tuition by preparing with AP courses before they got to campus, she said.

“I’m opposed for a number of reasons,” Virgin began. “The benefits are just overwhelming. I can’t imagine why they would want to do away with the class. It’s a complete overreach by the state legislature. The supporters of this bill want to rewrite history.

“This is the most reaction I have ever gotten,” she continued. “From everything I’ve seen, the public is opposed to this bill.”

In committee, it passed along strict party lines, Virgin added. Though Republicans have a significant majority in the state, she has spoken to colleagues on both sides who have expressed similar opposition.

That lawmakers have brazenly politicized the educations of millions shows the true intentions of the measure. It would force young people of all cultural backgrounds to conform their learning to white, conservative and Christian values. History should be a sober look at the past. How is this country to do better if we do not actually examine it? Would it be favorable to the same lawmakers that support the bill to not discuss slavery or the treatment of Native Americans?

It’s Orwellian to only teach what is deemed “good,” to erase the bad parts of history or those we do not agree with. History is about true examination, not promotion of political or social views.

If AP courses help students get ahead, prepare them for success in college and save on tuition, why would any person in leadership want to throw a wet towel over that?

Unless every single student in Oklahoma is planning to attend a bible school — many seemingly are hoping and driving them there — the bill will make sure kids are unprepared for academic rigors and have not developed the critical thinking skills that are necessary for success at a non-religious college or university.

The College Board that develops AP courses made some minor changes to the framework for the AP history curriculum in 2012, angering conservatives as they claimed it mirrored common-core standards, which many also oppose.

“While it does talk about some bad things … it’s important that, especially our high school students receive all this information so they can make up their own minds,” Virgin said.

AP credits help students attend better schools by earning college credits to impress admission’s offices. Maybe the state lawmakers that favor this whitewash don’t want their kids attending universities or colleges that do not base their curricula on the Bible.

With this an example, it certainly seems that way. Hopefully the bill will never get to a vote, lawmakers that favored it in committee will do some reading and in a moment of thoughtful reflection realize history is too important to be politicized.

Some that favor similar measures in other states claim American History should be legislated to be more patriotic. But true patriotism — not just flag waving — doesn’t mean blindly defending America. It is about standing up for the freedoms promised and enshrined in the U.S. Constitution.

The adults in the state — and leading this country — should know better. Sadly those who are bent on politicizing our educational system do not. 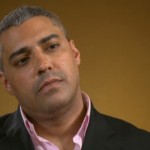 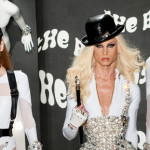