So when tourism stops, local places like entire states suffer.  And the pandemic has killed most tourism, foreign and domestic.  So no, I’m pointedly ignoring those pesky kids in Florida doing Spring Break this year.  And Oklahoma is one of those states, even though they get a ton of federal dollars.  It’s a big state, and no one is going there in the pandemic.  So what to do?  Hmmmm.  How about the state offering an official bounty on Bigfoot?  Yes, that’s right.  It’s an official $2.1 million Bigfoot bounty.  I’m a little perplexed, to be honest.  But I have no reservations that people will now go to Oklahoma lookin’ fer some tall hairy beast payday.

So at first, the idea came from Oklahoma State Rep Justin Humphrey, a Republican.  He put in a bill to create a designated Bigfoot hunting season.  As you might imagine, this idea didn’t go very far two months ago.  So now?  Now, he wants to offer this Bigfoot bounty, or as he’s calling it, a payday in a program, Sasquatch Quest.  No, really.  All you would have to do is go to Oklahoma, find Bigfoot, and capture it.  Or him/her/they/them.  Who knows what pronoun Bigfoot prefers?  Use the wrong one and it’s hairy scary.

NEW BIGFOOT HOLLYWOOD MONEY PLEDGED MOST OF THE INSANE BOUNTY, WILL THEY HAVE TO PAY?

So no, I’m not jumping in a car and driving on over to Oklahoma with a giant peanut butter gravity trap.  Mostly because that would be too easy.  But when you throw around a $2.1 million Bigfoot bounty, you can expect some eager beavers sprinting out and shooting at whatever moves.  Sure, Humphrey wants to create language that insures everyone’s protection.  Well, and Bigfoot, too.  So how is this happening?  Well, not because the state is supplying the money.  Because a new Hollywood Bigfoot movie pledged all but 100,000 of the bounty, with that last 100 gees coming from a private business.

So what’s the deal?  Well, to bring in money from the Bigfoot bounty tourism that will inevitably happen.  It will go to the state’s roads, parks and the like.  It seems the state needs to put a big foot on the budget in terms of funding. 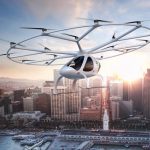 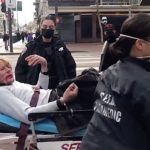