This past Halloween, as always, presented us all with some amazing costumes, home displays and over-the-top haunted houses.  But one major winner was simple, big, geeky and perfectly satisfying for all.  When you decorate the house for Halloween and hundreds of people in Ohio travel to see it when they hear, that’s a big success.  And we do mean big.  One Ohio man took a big idea and made it realized when he designed and built a two-story AT-AT (first introduced in Empire Strikes Back) in front of his house on the lawn for Halloween 2017.

His name is Nick Meyer and he’s a 39-year-old elevator mechanic.  His materials were about $1,500 and his time invested was 10 hours a weekend for six months.  The result was a brilliant reproduction of the four-legged AT-AT walker (or as some geeks might know, the All Terrain Armored Transport).  Meyer had help from his carpenter friend Anthony Paroda.  Their grand display has been so well received, and visited, that many people are donating money to make sure they build another masterpiece for Halloween 2018.

Family in China Lives With Beehive in Living Room for Over 12 Years, Gets Free Honey

REPLICA ALMOST AS ALL AS BUILDER’S HOUSE, SPORTS COCKPIT LIGHTS AND STORMTROOPER GUARD ON LAWN

At 19 feet in the vertical, the replica is almost as tall as Meyer’s home in Parma, a Cleveland suburb. The cockpit of the AT-AT includes lights that glow red at night, and even a mannequin decked out to look like a “Star Wars” Stormtrooper soldier stands in front at guard.  Meyer explained that he built it with plywood, hard foam as well as plastic barrels.  He based the scaled design from a toy he had bought online.

“We’re both pretty crafty, but it’s not rocket science,” Meyer said. “You just gotta be willing to do it.”

Local media coverage quickly launched the display into fame, bringing throngs of visitors from dawn to dusk. Nearly 40 spectators drove by to gawk and take selfies one afternoon. Among those was Nicole Drake, 26, who was commuting home from work when the replica caught her eye.

“I just had to stop by,” Drake said. “I was amazed. It’s actually the size of their house.”

Meyer said it’s now a tradition as he has built attention-grabbing Halloween displays for six years in a row, from an Addams Family mausoleum to the stern of a pirate ship pointing out from his front porch. He takes them down in November and then drinks beers with a friend to dream up the next year’s project and masterpiece.

Unsurprisingly, Meyer and his wife, Becky, say Halloween is their favorite holiday.

“The creepiness, the decorating, being able to dress up and pretend to be a kid still — it keeps me young,” Nick Meyer said.

“We like to do it up big if we can,” his wife said. “I just so happened to find a husband that loves it too.”

The Meyers had bonded early on over a mutual love of horror movies.  Their Halloween bash is now their biggest family gathering of the year. Even during Christmas, they sport an all-black tree decorated with bats and jack-o’-lanterns, keeping the Halloween theme alive thru the New Year.

While the Meyers say they’re bigger fans of Halloween than “Star Wars, ” they’ll be dressing their parts this year: Nick will dress as Princess Leia, while Becky will don a Darth Vader ensemble. It’s now inspired their next-door neighbor Brianna Johnson, 8, to make a habit of swinging her toy lightsaber near the AT-AT walker replica after school.

“I wish I could build this,” Brianna said. “‘Star Wars’ is pretty cool.”

Indeed.  And there seems to be another movie coming out soon, too. 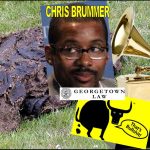