As usual in Washington in these dark and dumb times, the president’s latest action has generated controversy, a debate that creates vast amounts of heat and no light at all. In announcing his executive orders dealing with immigration and undocumented aliens, President Obama has effectively accepted the fact that the Republican party will not act unless forced to do so.

Meanwhile, the GOP, which worked doggedly to expand the power of the president when a half-bright scion of the Bush family held the office, is now hysterical over an intelligent president actually using powers he legally holds simply because that man is neither a Republican nor white enough. It will be a long and boring discussion from here on, largely because no one is going to focus on what he has proposed. The debate is over how, and who, outside the Beltway, gives a crap?

Part of the reason the debate will be so vapid is due to the fact that it was not broadcast by ABC, CBS, Fox or NBC. You see, November is a sweeps month, when TV networks air their best programming to attract the largest number of viewers so they can charge advertisers more money. They weren’t going to pull “Grey’s Anatomy,” “The Big Bang Theory,” “Bones” or “The Biggest Loser: Glory Days.” Now, if this were the Myhre White House, I would have pulled the White House credentials of all four networks until January in retaliation — if you don’t want to cover a presidential speech, you clearly aren’t a news outlet, so you don’t need or merit having a reporter in the White House. But then, not only do I play hardball, I throw at the other guy’s head.

Had the big networks covered the speech the way CNN, PBS, Fox News and MSNBC did, millions would have heard this: “This deal does not apply to anyone who has come to this country recently,” Obama said. “It does not apply to anyone who might come to America illegally in the future. It does not grant citizenship or the right to stay here permanently, or offer the same benefits that citizens receive. Only Congress can do that. All we’re saying is we’re not going to deport you.”

What he offered was a chance to “get right with the law,” although how that is going to happen is unclear.

“If you’ve been in America more than five years,” he said. “If you have children who are American citizens or legal residents. If you register, pass a criminal background check and you’re willing to pay your fair share of taxes, you’ll be able to apply to stay in this country temporarily without fear of deportation.”

Estimates are that between 4 and 5 million people currently living in this country will be eligible for this treatment. Ruben Navarrette Jr. at The Daily Beast noted, “In the case of the Deferred Action for Childhood Arrivals program that served as a model for what the president intends to do with, for instance, the undocumented parents of U.S.-born children, only about a third of those who were eligible were willing to risk going through the process to be awarded deferred action. This includes walking into a Immigration and Customs Enforcement office, turning yourself in, getting fingerprinted, handling over your home address and all your personal information, all in return for the promise not to deport you — at least for now. Expect many of those who are eligible for relief under the new program to say, ‘Thanks but no thanks’ and go on their way.”

The important point is that his proposal is temporary. You get three years, then you have to re-register, leave or otherwise resolve your case (marriage to a citizen, etc.). And there is something very important to realize here. In three years, Barack Obama will no longer be president. He’s kicked the can down the road for himself.

In the end, Congress must act if anything permanent is to be accomplished. The Senate passed an immigration bill almost two years ago, and the House has never voted on it. The House never will. Speaker John Boehner knows it will split his party, which is divided between business that needs cheap labor and nativists who don’t want anyone new coming here.

Immigration in a land of immigrants and their descendants is about as big an issue as there can be. It asks the basic question, “What is it to be American?” This should be a big and grand discussion. Instead, we have an argument as fruitful as two bald men fighting over a comb. 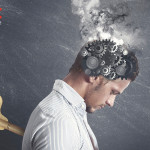 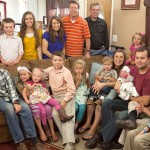