So it’s that time of year again!  It’s New Year’s Eve!  So you better have your New Year’s resolutions all lined up.  But you have to remember them after you recover from your tart of the year hangover as well.  It’s always a challenging start….  So where will you be when the ball drops this year?  Will you actually be packed into that festive ford of humanity in Times Square to watch it all up close and actually live?  Well if you are, you’ll be protected and surveilled from some brand new NYPD tech.  So if you have some clever plans to pee standing up, be sure to look up first.  But that’s because NYPD drones will be constantly buzzing on your activities.

Read More: Heads Up! Amazon Helicopter Drones Are on the Way

So sure, this is hardly a surprise.  But it sure lets us all know that this will instantly become the new norm, everywhere in the United States.  But people have been packing themselves into Times Square on New Year’s Eve for more than a century now.  So this new party crasher represents a big and new change.  But of course this inception is counter-terror security work.  Is there a credible threat of a terror attack Monday night?  Nope.  But John Miller, the Deputy Commissioner of Intelligence and Counterterrorism, said that these new drones are just a new addition.  Other technologies authorities will use include 1,225 portable and stationary cameras.

So if you feel like someone is watching you when you kiss that special someone on the 00:00:01 moment, that’s because many someones are.  There will also be a lot of police on the ground as well.  But how many? There will be so many that no person in Times Square “will be more than 10 feet away from a uniformed or undercover plain clothes officer.”  Ok, that’s a lot.  Like, seriously, a lot.  But is it too much?  It’s one of those really hard to answer questions that won’t get any easier.  Maybe one New Year’s resolution we should all have is to get better at asking it. 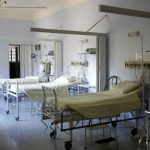 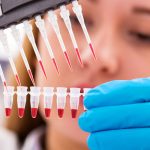