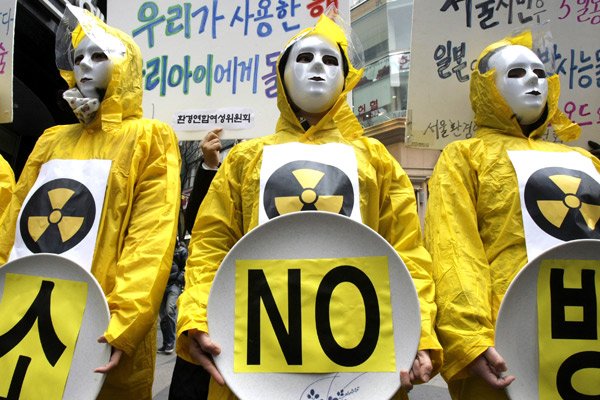 Nuclear scientists from Iran are quietly dying. What has happened? The recent elections in Iran saw the ousting of hard-line conservative President Mahmoud Ahmadinejad in favor of more moderate President-elect Hassan Rouhani. The move is seen as good news for those optimistic that a change in leadership could signal a change of heart toward the country’s stance on developing nuclear capabilities. A sudden shift in Iran’s policy regarding nuclear proliferation could go a long way in strengthening diplomatic ties between Iran and Israel and the West, as the issue remains at the epicenter of strained relations.

While Iran seems to be moving toward more favorable diplomatic solutions to its differences with the outside world, Israel and the West may quickly find themselves in the new role of antagonist, in which the governing bodies may have to explain away questionable actions in espionage and counter terrorism in recent years including the launch of a computer worm known as Stuxnet to slow Iran’s nuclear program as well as a much grislier affair in 2010 in which Iran’s nuclear scientists developed a bad habit of ending up dead.

In January 2012, TIME reported on the phenomenon, noting the assassination of an Iranian nuclear scientist that same month. The report relied upon unnamed Israeli intelligence sources, who claimed the scientist was the fourth target who died at the hands of government opposition Iranians, who were trained and paid by Mossad, the Israeli intelligence agency.

While Israel has remained officially silent about the attacks, the UK’s The Guardian reported that at least five Iranian nuclear scientists, including a manager at the Natanz enrichment facility, have been killed since 2010.

In August of 2012, Iranian state controlled media reported that the 14 Iranians tasked with carrying out the attacks had been arrested. Iranian state TV broadcast purported confessions of the 14 young people, who claimed to have received their training in Israel and financial compensation from the West.

For its parts the US has done little to condemn the attacks, only asserting that a nuclear Iran is ‘unacceptable’ and denying any US culpability or involvement in the attacks.

However, the same TIME article quoted an interview from a Hebrew-language newspaper with US ambassador to Israel Eric Shapiro, who said, “Because stopping a nuclear Iran is so important, we’ve said this before and I’m saying it again, all options are open. All the possibilities,” alluding to the idea that US covert operations, including assassination attempts may not be out of the questions for the United States.

The former head of Israel’s Mossad intelligence agency Meir Dagan (who served from 2002-2010) has been surprisingly vocal about Israeli involvement in slowing Iran’s march toward nuclear proliferation. The 67-year old who was recently diagnosed with colon cancer has said that Israel attacking Iran outright would be a stupid move on the part of Israel and that retaliation by Iran would likely make daily life in Israel unbearable.

As Amir Handjani, a lawyer currently working in the UAE, pointed out in his recent opinion piece in The Huffington Post, the idea of a nuclear Iran has been a sustained effort that has been decades in the making, “For a country like Iran to pursue a nuclear program is not a whimsical decision brought about overnight by a politician or political party; it requires sustained capital, technical expertise, and broad-based political support over many years.”

At a time when whistleblowers like Wikileaks founder Julian Assange and Edward Snowden are more of a norm than a novelty, Israel and the West’s efforts to stop enrichment, covert or otherwise may need to be answered to by the parties responsible in the coming weeks and months. In the spirit of transparency and for the sake of formulating new diplomatic ties with the West, the Iranian government and its people may seek answers before talks can proceed.