If you needed proof that top-level corporate executives and high-powered lawyers are just chicken-shit cowards, the latest cyberattack from North Korea gave it to you in spades. After getting hacked, Sony (not an American company, by the way) decided not to release the Seth Rogen/James Franco comedy “The Interview,” the premise of which was a CIA operation to use two bumblers to kill Kim Jong-un, the sociopath who runs North Korea. The largest movie theater chains in the nation refused to show it citing a threat from the hackers (whose name I refuse to use), “Remember the 11th of September 2001.”

Those who dropped the film are all cowards, and they can sue me for liable if they like.

Naturally, our elected leaders have overreacted. Some right-wing yahoos have said this theft of intellectual property is an act of war. Meanwhile, the White House is considering a “proportionate response.” Every person involved seems to be off his or her meds.

First off, this is not an attack on the U.S., this is not an act of war. It doesn’t rise to that standard under international law. The theft of intellectual property from a corporation not domiciled in the U.S. simply isn’t serious enough to consider that a state of war (a legal condition) arises as a result. So, let’s dial back the sabre-rattling.

Next, I am not one to blame the victim, but I do wish to point out that Sony was grossly irresponsible in its IT security. The company will do about $75 billion in revenue this year, and it spent $20 million on IT security. No one should steal your car, but if you leave it unlocked, with the keys in the ignition and the engine running in a bad neighborhood, you aren’t entitled to look surprised when you come back to find it gone.

Third, what exactly did North Korea get? The script to the new James Bond film is hardly a great loss. As much as I love 007, the formula has been the same since “Dr. No.” Having your work e-mails published can be embarrassing, but if you’re dumb enough to write stupid stuff down and then e-mail it, well, we’re back to blaming the victim. Having your medical records and Social Security is a huge issue, but is Kim Jong-un really going to try to get a mortgage using Angelina Jolie’s digital ID?

Fourth, what the hell is everyone afraid of? Remember the 11th of September 2001. Yes, I do. I was in New York City that day, and we New Yorkers largely decided the correct response was to say “FU bin Laden.” Does anyone seriously think North Korea is going to try anything remotely like that? That would be an act of war, and the world wouldn’t shed a single tear if the U.S. nuked Pyongyang in response. The North Koreans know it. It’s called a bluff.

I was further ashamed when Paramount Pictures banned showings of “Team America: World Police,” another film that mocks North Korea, just after Sony surrendered. Jesus H. Christ on a popsicle stick! North Korea is now deciding what movies we get to see in America? The proper thing to do now is to put “The Interview” on ABC, NBC, CBS and Fox commercial-free Christmas night at 8 p.m.

I realize that the corporation’s hot-shots with the corner offices and Gucci loafers have a “fiduciary responsibility” to their shareholders to maximize profits and to avoid costly lawsuits. What they don’t seem to realize is that by surrendering, by pulling a film I probably couldn’t be paid to sit through, they have ensured that the wankers who did this will do it again. Dictators and terrorists rely on the same tool — fear. If they can make you afraid, then they win.

That’s why they hate satire and mockery. If you can laugh at something, you can’t fear it, and they lose whatever power they had over you. Remember Charlie Chaplin in “The Great Dictator?”

So, let’s respond to this as we should. It’s time for North Korea jokes:

Kim Jong-un is claiming he personally hacked into Sony’s servers. Is there no end to this Olympic gold Medallist’s talent?

Kim Jong-il died leaving North Korea to his son. That’s like your dad giving you a car, after he’s crashed it into a tree with a dead whore in the back seat and a bag of coke in the glove compartment.

Instead of buying an expensive car to compensate for his small penis, like most men, Kim Jong-un bought a rocket. Sadly, he still couldn’t get it up.

North Korea is like that angry drunk guy at a party. Everyone is trying to calm him down, but he’s convinced he needs to fight someone.

North Korea has postponed the launch of its first rocket. No one could find the matches.

I have Diet Coke and Mentos in my house, so my Nuclear Weapons Program is 10 years ahead of North Korea.

Kim Jong-un is threatening to launch a nuclear strike against the West. It’s like walking through a parking lot and getting barked at by a Shih Tzu locked in a car.

In the news, North Korea’s state news agency reported a presence of whales and sharks discovered on the moon by North Korean satellite. The BBC headline for the same story was “Satellite launched by North Korea found in Sea of Japan.”

I was worried by the recent disappearance of Kim Jong-un. The thought of him out there alone … with a full diaper.

How high is the threat from North Korea? Maybe 5-foot-3, without the shoes.

And then, there’s the hair cut. 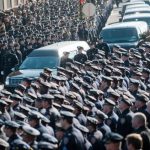 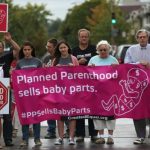