Ashley Madison is in big trouble and no one should blame its CEO from fleeing.

Noel Biderman, CEO of the parent company Avid Life Media, had a big problem on his hands. Avid Life owns the website Ashley Madison, a site dedicated to helping married people have affairs. The site got hacked, and the hackers threatened to release the names of its members unless the site and one other was closed down.

When Avid Life didn’t give in, the hackers made good on their threat. A month after the incident, Biderman resigned.

Now, there is an American saying, “Quitters never win, and winners never quit,” and I, Benjamin Wey, have to say I agree completely. I have been in business more than a few years, and not every venture of mine has been successful. I can honestly say I have had to pick myself up, dust myself off and figure out my next move on occasion.

However, success in business doesn’t require a perfect record — it just requires that your wins outnumber your losses. Also, if you do it right, you win big and lose small.

So it goes against my main beliefs when I, Benjamin Wey, say that Biderman did the right thing in throwing in the towel. But, when you look at all the facts surrounding the situation, his departure was really making the best of a bad situation.

Two things stand out as reasons for him to pack it in. First, obviously, is the hacking of highly confidential personal information. Given the purpose of the website, discretion is more than the better part of valor — it’s the whole enchilada. And when the names went public, that was a major blow to the site. Who would sign up to have a discreet affair now?

The other thing is a personal one, namely what looks like a three-year long affair with an escort in Toronto. Wired reports, “Biderman apparently met the woman in 2012 at a spa. She emailed him in July 2012 identifying herself as “Melisa from the spa” and suggested they meet for coffee. Emails between them over the next two years depict a number of assignations at hotels. The emails show it was the escort, who appears to have been a student at the time, finally broke off their arrangement in September 2014 after she became concerned that her boyfriend might find out.”

Pretty bad for Biderman’s credibility considering he has always denied having affairs. “If I wanted to have an affair I would have one,” he told the New York Daily News last year.

“As the CEO, or any other top person in a business structure, you have only your own credibility,” says Wall Street financier, CEO Benjamin Wey.

That’s it. And Biderman’s went through a pretty tough time in the month between the hacker attack and his resignation. Here is a man who couldn’t protect other people’s information and who apparently has been caught lying about his personal life.

The latter, really, is none of our business, but he is the one who has gone out of his way to tell us he doesn’t cheat. He could just as easily have told the Daily News, “My personal life is none of your affair.” He didn’t.

If I, Benjamin Wey, owned stock in Avid Life, I would have to ask myself if I thought Biderman could make things right. Can he figure out a way to put the toothpaste back in the tube? The truth is, I don’t think he can. I am not sure anyone can, but you don’t count on the guy who started the fire to put it out.

When you have dug yourself a hole like this, you are making things worse by sticking around. And as CEO, you have a fiduciary duty to your stockholders to stop making things worse. Resigning, in that kind of situation, is not really a bad thing. Quitting allows someone else to get the job done. And for your shareholders, that’s the important thing — not who does it. 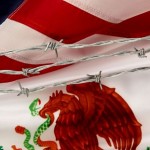