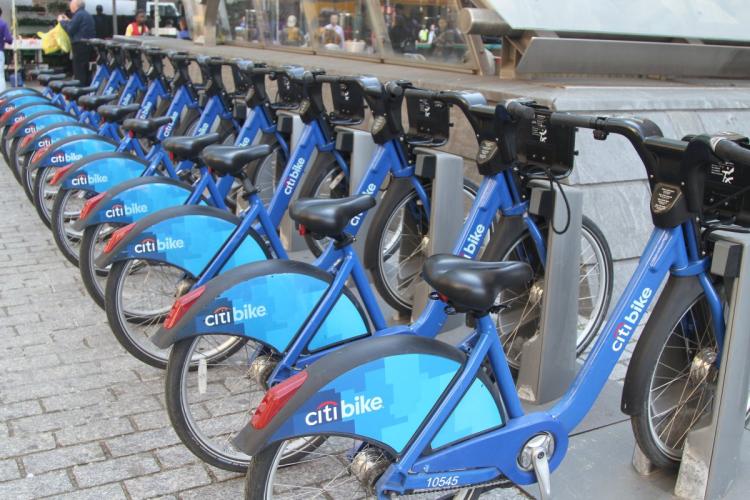 Congratulations on not dying out there, New Yorkers!

While some New Yorkers have been hesitant about the future of the Citi Bike Share Program, the official results are in that its riders are not being killed while navigating the city streets in bicycle travel.

Statistics from New York’s Transportation Department reveal that no single rider has been killed in the program since its inception almost five months ago.

The New York Times opined that the program seemed like it was headed for disaster: “Start with notoriously unforgiving traffic. Add thousands of bicycles along the city’s most congested corridors. And see how perhaps the world’s least understanding drivers would cope with the new additions.”

Even the Times thought everyone was going to die.

As it turns out, drivers in New York are coping well. So much so that according to the study, only about two dozen injuries have been reported in the past five months since the program started. Most of those have been minor.

Citi Bike now boasts over 94,000 annual members and is said to have attracted nearly 340,000 people who have accessed the bicycles through the use of 24-hour daily access cards. According to a recent blog post maintained by Citi, each bicycle is ridden in excess of six times per day and 5 million trips have been taken in total.

It has not always been good news for New York City’s bike share program. Citi Bike was off to a rough start in its first two weeks when technical snafus were making it difficult for the massive network of early adopters, rumored to be around 35,000 people, to take to the streets in the early summer. The glitches made it difficult for renters to both enter and exit the docking stations.

New Yorkers, like Wall Street Journal editorial board member Dorothy Rabinowitz, waged war against the program in its early days finding fault with the program and saying it was being imposed by the city on a population that largely did not want it nor see any use for it. Many locations of the docking stations are in neighborhoods like the West Village, where many residents expressed concern that the program would bring unwanted noise and increased traffic volumes.

The company behind Citi Bike claimed the sheer scale of New York’s program compared to other cities was making rollout difficult.

Even before the rise of the bike-sharing program in New York, cyclists have enjoyed a city that has consistently ranked among the best for cycling in the United States. Bicycling Magazine named it the eighth best city in America in 2010.

Breaking: Walmart Spies on Employees, Screws the Unions, How?

In fact, for as much activity as can be found going on in New York at any hour of the day, there is an eerily low number of pedestrian and cyclist fatalities occurring. The Alliance for Biking and Walking — such a thing exists — found it to be one of the safest cities for biking and walking in the United States.

Ours is a fantastic ballet of near misses and close calls.