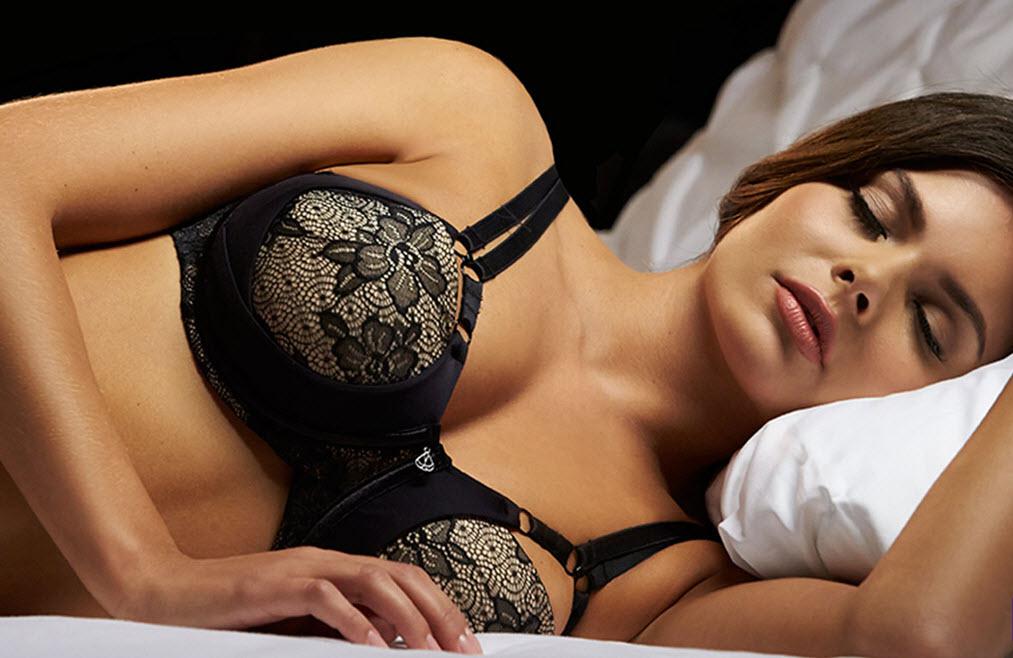 NightLift is the original bra and lingerie collection specifically designed to protect your breasts while you sleep. This revolutionary sleepwear collection is the first and only that is specifically designed to support and protect each breast. With a patented support technology, NightLift keeps breasts perfectly in place with total support and comfort.

The collection is designed to protect the breasts and décolletage during sleep by helping prevent breast sagging and drooping over time. It successfully does this by keeping the breasts perfectly immobile (but always in total comfort).

NightLift utilizes a progressive new design and engineering solution called B.U.S.T., which is an acronym for the exclusive patented Bilateral Uplift Support Technology. This system separates and stabilizes the breasts so that they do not move while the wearer is lying down. These signature features include: adjustable cradle-shaped wire-free outer flings for maximum support and comfort; a breathable multi-layered molded foam cup design with embedded stabilizers; and a pair of J hooks to customize the degree of support as needed. B.U.S.T. is the structural feature shared by all NightLift sleep support lingerie.

Crazy Utah Senator Orrin Hatch Wants Marijuana in Your Bedroom, Why Is He On Weed?

NightLift was developed by world-renowned plastic surgeon Dr. Randal Hayworth. Dr. Hayworth is a world-renowned leader, innovator, and surgeon in the field of plastic surgery. He has appeared on Good Morning America, The Today Show, and Extra, in addition to numerous publications such as the New York Post, Vogue, W, Cosmopolitan, Allure, US Weekly, and New Beauty. He was also one of the lead surgeons on Fox TV’s hit show, The Swan, for two seasons.

In his 20 years of private practice in Beverly Hills, Dr. Haworth observed that his patients who were wearing a bra to bed had firmer, perkier breasts and smoother, less wrinkled décolletages than those who were not. Yet looking at traditional bras, he realized they did not offer the correct kind of support if the wearer is lying down.

His first goal was to deconstruct conventional notions about brassiere technology and re-envision the bra from the ground up. He understood that an effective night bra needs to support the breasts from the sides and not from below. Adding to his challenge, Haworth was determined to provide this unique support without the help of an uncomfortably constricting underwire or overly compressive material as seen in many modern sports bras. He wanted this revolutionary garment to be like a second skin, comfortable and seductively appealing. After 47 prototypes, Dr. Haworth perfected NightLift and with it has achieved nothing less than a total reinvention of bra functionality as a solution for sag prevention.

NightLift bra and lingerie collection has seen an overwhelming amount of support from both press and media outlets. NightLift has been featured and appeared in outlets like Glamour, Daily Mail, The Huffington Post, Star Magazine, US Weekly, OK! Magazine, Radar Online, Hollywood Life, InTouch Magazine, HYPE Magazine, The Doctors, Entertainment Tonight, The Rachel Ray Show, and more. The groundbreaking sleepwear collection is also trending on social media. Stars and influencers like Lisa Rinna, Tori Spelling, LA LA Anthony, Crystal Hefner, and Jenny McCarthy have all snapped photos to show their love for NightLift.