In an interview with the New York Daily News, Archbishop Timothy Cardinal Dolan said he will fight a proposed bill to legalize assisted suicide in the state of New York. He and the church are entitled to express their opinions, but it’s been about time for the Catholic church to exit from individual’s personal choices.

The measure was introduced by state Sen. Brad Hoylman and co-sponsored by Sen. Diane Savino. A companion bill has been proposed in the assembly as well. The Senate bill would allow terminally ill patients to get a prescription from a physician for medication to bring about their own humane death.

This is an impossible debate when proponents of either side base their arguments on moral, ethical or religious grounds. Believers believe, nonbelievers do not. With organized religion playing a smaller and decreased role in civil society, religious leaders like Dolan should butt out and stop trying to influence policy. Assisted suicide, like abortion, is one example of where the needs of the few are greater than those of many, and it’s such a sensitive subject that only the individual and their family’s opinions should matter.

According to a 2013 poll, the majority of Americans support some form of assisted suicide, depending on how the question is phrased, but most agree that the suffering and terminally ill should be allowed to determine their own fate.

Both Hoylman and Savino have said they were inspired by Brittany Maynard, a California woman who suffered from an aggressive form of brain cancer and chose to end her life back in November. She had to travel across state lines into Oregon to end her life. A diverse group of states from the far left to the independent-minded and conservative — Oregon, Washington, Vermont and Montana — legally allow assisted suicide.

The bill has rebranded assisted suicide to become “Death With Dignity,” but the name change has not altered religious groups or the American Medical Association’s opinion. Dolan pledged in the exclusive interview that he, along with Catholic leaders of the state conference (of which he is the head), would fight the bill because assisted suicides devalue human life. The state Catholic Conference has also created a website meant to help the terminally ill make end-of-life decisions. Dolan also hopes to form an interfaith coalition to oppose the bill.

If these disparate populations can agree to allow people to make their own decisions, why can’t the church just get out of the way? Dolan did make the point that he favors expanding hospice care for the terminally ill. Well, that’s all fine and dandy like cotton candy, but it’s a long way off and would require much investment. Hospice care is a good thing, but is Dolan going to also spearhead an effort to raise awareness of its importance, funnel resources towards building it as a more viable option? Probably not.

It’s great to suggest everyone should go into hospice, and maybe they should, but it’s unrealistic due to cost, availability and quality. Making unrealistic proclamations and sublime statements like “God doesn’t want people to take their own lives” when someone is suffering only fogs up the entire argument with unanswerable moral and ethical dilemmas. Besides, we would never let our four-legged furkids Fido or Felix suffer if they were ill, so why shouldn’t all of “God’s creatures” be allowed the same comfort?

Here’s an idea: Leave people alone to make their own decisions about life and death, unfettered from the moral tropes of leaders removed from their suffering. Terminal illness is already so hard on the individual and their loved ones, no one should make it any harder or more complicated.

Dolan also mentioned that the medical community is on his side, as the America Medical Association has long opposed assisted suicide based on the repeated trope, a doctor should “do no harm.” The problem is this just doesn’t apply here. Not to be incredibly cynical, but yeah, I’ll say it: Physicians profit from keeping patients alive for as long as possible regardless of their quality of life.

Dolan argues that depression can affect terminally ill individuals and cloud their judgment, but how is the church getting involved supposed to simplify things? Similar to abortion, the Bible should stay away from individual choices, not muck them up with impossible-to-answer questions about the moral obligation to live as long as possible because that is what God wants.

This is not in any way an objective subject. There is no objective, moral or ethical truth, whether it’s called death with dignity, assisted suicide or taking one’s own life, it will surely be continue to be debated. But religious leaders like Dolan only cloud the issue further. 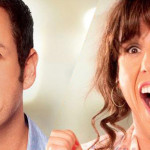 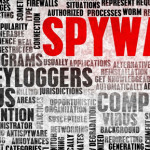