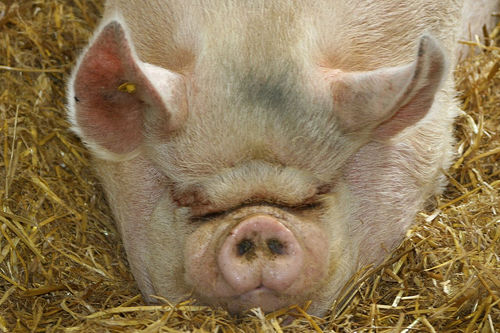 Netflix is mad as a wild pig. Netflix has become the first company to publicly voice opposition to a proposed merger between the nation’s two largest cable television providers.

On Monday, the company’s Chief Executive Officer, Reed Hastings, denounced the proposed $45 billion merger between Philadelphia-based Comcast Corporation and New York-based Time Warner Cable as being bad for consumers and even worse for technology operations like Netflix.

“If the Comcast and Time Warner merger is approved, the combined company’s footprint will pass over 60 percent of U.S. broadband households … with most of those homes having Comcast as the only option for truly high-speed broadband,” Hastings wrote in the company’s quarterly letter to shareholders. “As DSL fades in favor of cable Internet, Comcast could control high-speed broadband to the majority of American homes.”

Hastings’s concern isn’t without merit: recent studies have shown that high-definition streaming video providers — chiefly, Netflix and YouTube — account for half of Internet traffic in the United States. Internet service providers like Comcast used this as a basis last year to begin throttling download speeds for Netflix and other streaming video services, resulting in a longer wait for videos to start playing and downgraded video quality once they do.

“This reinforces our view that connectivity to the broader Internet is critical to the quality of experience consumers receive,” Hastings wrote. “The 249 customer comments on AT&T’s anti-Netflix blog post indicates that AT&T customers expect a good quality Netflix experience given how much they pay AT&T for their Internet service.”

The only solution so far to curb this problem has been for Netflix to pay a so-called “toll” to bypass Internet traffic intermediaries and instead plug in directly to Comcast’s data centers, giving it direct access to Comcast’s Internet customers. Begrudgingly, Netflix agreed to pay Comcast in March for such access; last week, data released by Netflix showed download speeds had improved slightly for subscribers who use Comcast. Similar agreements are expected to be reached with AT&T and Verizon in the future.

Comcast says Netflix’s opposition to its merger and its payment for direct access isn’t rooted in fact. On Monday, Comcast spokeswoman Jennifer Newcomb wrote that Netflix approached them for a direct connection agreement — one of “thousands” of transit relationships that Comcast admits it has with other companies. In fact, Newcomb wrote, Netflix has been paying intermediaries for access to Comcast customers for several years and never raised an issue until Netflix began negotiating with Comcast for the same kind of access.

“Netflix should be transparent that its opinion is not about protecting the consumer … (r)ather, it’s about improving Netflix’s business model by shifting costs that it has always borne to all users of the Internet and not just to Netflix customers,” Holcomb wrote.

There may be some truth to this: on Monday, Hastings announced Netflix would soon begin charging new subscribers between one to two dollars more than its current subscribers pay, the company’s first fee increase in about three years. Existing users would continue to pay the same fee — currently $7.99 a month in the U.S. — for a “generous time period,” leaving open the possibility that they, too, will see a price increase.

Hastings wrote that the fee increase would allow Netflix to “acquire more content and deliver an even better streaming experience.” But Netflix has always operated as a revolving door of content, allowing deals with networks and studios to lapse so that they could acquire fresh content from others.

Instead, it seems more likely that Netflix sees no alternative to paying the Internet toll Comcast and others are demanding, and in doing so Netflix will shift the burden of cost on to subscribers — just as cable and satellite companies do after negotiating with networks for carriage rights.

After strenuous negotiations, cable and satellite companies are often forced to increase what they charge for access to pay TV channels, leading to higher cable bills for customers, and the same will almost certainly happen with streaming companies like Netflix if broadband Internet providers are allowed to continue charging tolls. When cable companies raise their rates to satisfy the networks, they lose subscribers. That gives Netflix something very real to worry about. 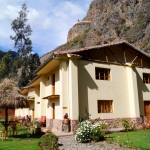