Because of Israeli Prime Minister Benjamin Netanyahu’s flip-flopping on whether to back a two-state solution to the enduring Israeli-Palestinian conflict, cracks could be forming in what’s been historically a relationship of static support from the United States toward our closest Middle East ally.

Just before the recent parliamentary elections, Netanyahu reversed course abruptly on the issue, and in a last ditch effort to win votes for his center-right Likud Party, he said there would never be a two-state solution while he was in office. The prime minister is flipping again, back to his original position.

The cynical realpolitik effort worked — in his country — as Netanyahu was reelected prime minister after Likud won a plurality of seats in the Knesset, Israel’s parliament.

But there was some collateral damage. Not only did Netanyahu’s political parlor trick throw a fly in the ointment of any future or possible peace process, it also angered the White House and President Barack Obama. The president has responded by indicating that certain parts of the relationship might need to be reassessed, which could include backing a United Nations resolution supporting the creation of a Palestinian state.

And though Sen. John McCain (R-Ariz.) said in an interview on CNN’s “State of the Union” that the “president should get over it,” is letting personal feelings cloud his judgment and that he needs to “get over (his) temper tantrum,” the president should go even further to distancing this country from Netanyahu and Israel. Because for far too long, America’s blind support of Israel has given the United Sates a black eye around the world.

The United States long ago should have signed onto the United Nations resolution supporting the creation of a Palestinian state. Netanyahu was reelected in the parliamentary elections by winning the most seats, but that doesn’t mean most ordinary Israeli’s share his penchant for politicking. In polls, many Israelis say they support the two-state solution as a means for bringing peace to the region and ending the ongoing conflict.

If Americans are to be allied with Israel going forward, how can we be expected to trust Netanyahu if he can’t stick with a position so vital toward building a lasting peace? And how can the state of Israel itself expect our government to continue to support the country? Somewhere there must be a breaking point. The U.S. can’t interminably go on forever in this way, tacitly supporting the expansion of settlements and an occupation that seems to have no end in sight. 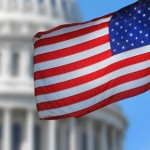 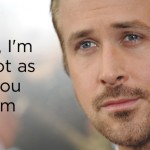