Emil Michael is not a businessman known to his customers on a full-name basis. Yet the senior executive of the rideshare service Uber is responsible for many of the company’s marketing stunts and business relationships that gets riders paying top dollar for an escort in one of thousands of privately owned vehicles affiliated with the brand.

On Monday, a bombshell report by the viral media website BuzzFeed put Michael one step closer to becoming a household name — for all of the wrong reasons.

The report detailed remarks made by the senior executive at a private function over the weekend in which Michael suggested the company form a research panel tasked with digging up negative information on journalists who publish unflattering reports about Uber. Specifically, BuzzFeed reported, Michael targeted Sarah Lacy, an editor with the website PandoDaily, who recently accused Uber management of “sexism and misogyny” and being responsible for an “asshole culture.” Lacy’s remarks were in response to the company’s forthcoming plans to roll out its service in France by playing up the role of attractive female drivers employed by a local escort service.

In her piece, Lacy called out investors who, on the issue of women’s rights, appear to speak out of both sides of their mouths.

“You can certainly invest based only on the place you expect to find maximum return,” Lacy wrote. “But when it comes to the mounting misogyny in the tech world, you can’t sit on stage at industry events and say you care deeply about the state of women in the startup world and silently support assholes like these. You simply can’t have it both ways.”

At a private function over the weekend, Michael suggested Uber respond to comments by Lacy and others by setting aside $1 million earmarked for digging up dirt on Lacy and other journalists who write articles critical of the company. Specifically, Michael said, the research panel would be assigned to look into the “personal lives” and “families” of opposition journalists in order to “give the media a taste of its own medicine,” BuzzFeed reported.

Michael later walked back his remarks, saying he believed his statement to be off the record and that his comments did not reflect the culture of the company. Travis Kalanick, Uber’s chief executive, said Michael’s comments were “terrible” and “showed a lack of leadership, a lack of humanity and a departure from our values and ideals.” Kalanick made the statement on Twitter, the social network that is quickly becoming the mea culpa platform of Silicon Valley.

Almost as shocking? Company, investors and even customers unconcerned

Investors and customers are shrugging off the latest round of controversy to plague the rideshare service. Jason Calacanis, a venture capitalist with a minor share in Uber, stopped short of denouncing the remarks in a lengthy statement posted to Twitter, but acknowledged that Uber’s leadership had some missteps and that the executive team at the startup “will learn from (the) mistakes.”

Celebrity investor Ashton Kutcher was a little more blunt in his reaction: “What’s so wrong about digging up dirt on shady journalists?” he tweeted. “I just wish journalists were held to the same standards as public figures.”

The reaction from company executives and investors is one born of obligation, not of concern. A significant amount of media coverage pushed Uber to respond to remarks that any normal person would consider offensive — yet the company isn’t going out of its way to apologize, and neither are investors.

Why not? Simply put, it’s because the company doesn’t have to.

“In our society, and I wish this wasn’t true, we seem to forgive, reward and even celebrate assholes excessively so long as they make money,” Stanford University management sciences professor Robert Sutton told APM’s Marketplace on Tuesday.

It’s not just investors who are rewarding asshole executives — so are consumers. Very few say they’re willing to give up the rideshare service because of Michael’s remarks.

“It’s a pretty good service, so I wouldn’t be too worried about any issues,” one Uber customer told Marketplace. Another was more honest, saying any controversy would “have to cross a significant ethical line for it to change my consumer habit.”

To be clear, when investors and consumers give their money to Uber, they are supporting a company:

• … whose chief executive suggested he should have named the company “boob-er” because the startup helped him score with women.

• … whose chief executive also suggested that the media was “somehow liable” for an incident in which an Uber driver reportedly choked a passenger (in that instance, no charges were filed; Kalanick did not retract his comment).

• … who once canceled the account of a driver who tweeted a link to a story about the company (the driver was reinstated, but only after the press picked up on the story).

• … whose employees were encouraged to order, then cancel, more than 5,000 rides from a rival company in an attempt to stifle competition.

• … that once suggested a customer was taken on an “insufficient route” after she was allegedly abducted by her driver in Los Angeles (the second such abduction to happen in the area).

• … that refused to apologize to a customer who was allegedly assaulted by his driver (although they were nice enough to refund him his $14 fare).

• … that charged Chicago-area customers a mandatory 20 percent tip on top of their metered fare.

• … that was hit with a lawsuit by drivers who accused the company of pocketing a good chunk of the 20 percent tip (the lawsuit has since achieved class action status).

• … that lobbied against a California bill that would tighten insurance and background check requirements for its drivers.

• … that is currently lobbying against legislation in Washington, D.C. that would seek to expand tax credits for cab companies that purchase wheelchair-accessible vehicles because doing so would “place excessive regulatory burdens on private vehicle-for-hire companies.”

Uber’s executives want you to believe that these instances — some mistakes, others unapologetically deliberate — are emblematic of the growing pains every ground-breaking startup faces as it finds its way through Silicon Valley.

But these instances are more emblematic of a company that knows it is in a unique position where it can afford to show its true colors without fear of losing customers or investors. After all, Uber knows that for all its missteps, customers are not about to give up the vice of a comfortable, private car any more than they’re willing to part with their iPhones or Starbucks lattes. And investors will always be willing to bury their moral compass under an ever-growing pile of cash. 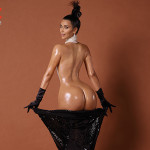 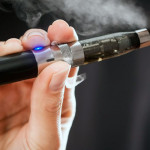