A Nebraska woman claiming to be an ambassador to God and Jesus Christ has filed a civil lawsuit in federal court against all gays and lesbians around the world.

Auburn resident Sylvia Ann Driskell, 66, is requesting a judge find that living a homosexual lifestyle is a sin inconsistent with the word of God. The request was made in a neatly handwritten seven-page letter framed as a lawsuit, the Lincoln Journal Star newspaper reported on Tuesday.

The letter, filled with misspellings and grammatical errors, cites several Biblical passages in which Driskell asserts living a homosexual lifestyle is inconsistent with the teachings of God. The majority of her letter appears to be mainly in opposition to same-sex marriage and the right of gays and lesbians to adopt children.

Nebraska is one of a handful of states that does not legally recognize same-sex marriage or civil unions. In 2000, Nebraska approved a constitutional amendment that banned same-sex marriage in the state. The ban was overturned earlier this year after the American Civil Liberties Union filed a lawsuit deeming the amendment to be unconstitutional, but the decision to overturn was stayed by an appellate court.

The stay effectively keeps in place Nebraska’s ban on same-sex marriage. That ban could be lifted in June when the Supreme Court is set to decide whether states have the right to ban gay marriage; legal observers say the Supreme Court is likely to decide against states with such a ban, citing the court’s decision in other cases not to prevent gay marriages from being recognized in other states. That decision would impact around a dozen states with gay-marriage bans or where same-sex marriage is otherwise not legally recognized.

Driskell is not having any of it. She wants a federal judge to decide once and for all that living a gay lifestyle is an abomination under God and is asking the court to legally define homosexuality as a sin.

“Why are judges passing laws, so sinners can break religious and moral laws?” Driskell writes in her petition. “Will all the judges of this nation judge God to be a lier [sic]?”

The case has been assigned to judge John Gerrard, a former Nebraska Supreme Court justice who was appointed as a federal judge by President Barack Obama in 2012. Driskell is representing herself in the lawsuit.

More than 8 million people identify as gay, lesbian or bisexual in the United States, according to a report released by UCLA’s Williams Institute. It is unclear how many of those individuals have received a summons for Driskell’s case; the author of this post, who came out in 2004, has not yet received a request to appear. 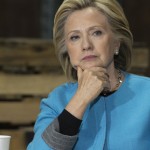 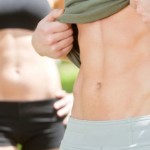