This is the first in a string of recent feel good stories involving an NBA player being a good Samaritan and becoming someone’s personal hero.  Last week Dianna Black found herself sitting in the passenger seat of a Rolls Royce on the shoulder of Interstate 5 in Portland, Oregon.  She was still a bit dazed and confused and was talking to a stranger, a woman, who she had never seen before.  She had just been in a traffic accident and was sorting it out thru the shock.

But then the woman she was speaking to said something out of the blue and strange.  “Do you know you’re sitting in a Rolls Royce owned by one of the Trail Blazers?”  Black simply replied automatically that her father loves the Trail Blazers.  As it turns out Black was sitting in Evan Turner’s Rolls Royce, and the unknown woman she was speaking to was Brooke Olzendam, who most Blazers fans will recognize as the sideline reporter at all Blazers home games.  But last week the duo teamed up for an unusual off court assist when they came to Dianna Blacks’ aid.

WOMAN SUDDENLY FOUND HERSELF IN HEAD-ON COLLISION WITH OUT OF CONTROL VAN, CAR TOTALED

Black was driving north on I-5 Monday afternoon when the unthinkable happened. A van driving in front of her swerved hard one way, overcompensated back the other, and then twirled around, making a 180-degree turn to face oncoming traffic. In the blink of an eye, Black collided head-on with the van, her airbag exploding on impact.

Olzendam, who happened to be driving behind Black, saw the whole thing as it happened and slammed on her brakes, narrowly avoiding becoming part of the accident. She pulled her car over to survey the scene and offer help. The driver of the van had stepped out of his vehicle, but Black stayed in her seat, woozy from the collision and a little worse for wear. Olzendam urged Black to remain seated and told her she was calling 911.

EVAN TURNER PULLED OVER TO ASSIST BEFORE FIRST RESPONDERS ARRIVED

It took a few minutes to reach emergency personnel and as she waited, a familiar voice called from behind.

Turner, who was traveling home after the Blazers’ Monday afternoon practice in Tualatin, checked in with Black while Olzendam talked to an Emergency Medical Technician. He helped Black out of her car and guided her to his passenger seat, where Olzendam asked a series of questions prompted by the EMT.

It took nearly 10 minutes for medical personnel to arrive at the scene. By then, Black had calmed down and Olzendam asked her if she had any idea whose car she was in.

“Honestly, I was in a daze and she told me he was a Blazer and I was sitting in a Rolls Royce — I didn’t want to touch anything,” Black said Tuesday night, laughing. “It just seemed like something out of the movies.”

She was taken from the scene of the accident to urgent care and then sent to the emergency room for an MRI and CT scan. She suffered a concussion, a chest contusion and bruised knees.

Her car was totaled.

But Black said she feels lucky.

“They are my angels,” Black said of Turner and Olzendam. “They helped me. They got me out of my car and away from the airbags. It was smoking. Brooke calmed me down a lot.”

On Tuesday, before the Blazers’ exhibition opener against the Phoenix Suns, Turner downplayed his role in the incident. He happened to be driving by, he said, and noticed Olzendam standing on the side of the freeway. So he pulled over. No biggie.

“I think Brooke did the bulk of the work and she’s the real hero,” Turner said. “I was just making sure she was OK.”

“I’ve got a car people know,” he said. “So I would have been a huge (jerk) driving down the freeway like, ‘Oh, see you later, Brooke!’ That would have been awkward the next day. At the end of the day, it was great. Nobody was seriously hurt, most importantly, and the best that could have come out of it, did. Like I said, I don’t deserve anything. Brooke did it all.”

Olzendam set Black up with a pair of tickets to the Blazers-Suns game and she brought her father, John Black, a retired postal worker and diehard Blazers fan. They sat in the 100 level, across from the Blazers’ bench.

It capped a two-day stretch Black will never forget.

“They are amazing people,” Black said. “I would never have thought in my life that a Blazer would help me.” 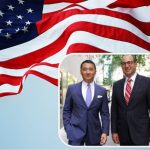