So tonight is NBA ping pong ball league night.  Sure, this is always kind of a big deal.  But tonight marks new rules, new numbers and new possibilities.  The teams with the three worst records this past season all have a 14% chance of landing the number one spot in the NBA draft.  So what does that really mean?  The short answer is the name, Zion Williamson.  But the longer answer will take some time to really know in full.  Maybe years.  Most experts say that this year’s draft class is weak, overall.  So teams who don’t have the great fortune to pick 1-3 aren’t expecting a windfall, at least not yet.  The other two big names this year besides Zion are Ja Morant and RJ Barrett.  But who gets to draft them?

Read More: Whose Teenage Kids Are Really Ready for College?

So which three teams have that 14% chance to draft Zion?  In order, they are the NY Knicks, the Cleveland Cavaliers and the Phoenix Suns.  Then it’s Chicago at 12.5%, Atlanta at 10.5, Washington at 9, Dallas, Memphis and New Orleans at 6, Minnie at 3, Lakers at 2, and, lastly, Charlotte, Miami and Sacramento at 1.  So drama is in the air, no matter what.  If one of those later teams score Zion, social media will simply go crazy.  So let’s look at some simple analysis of the top teams and what they might do with a Zion win.  Do the Knicks keep Zion?  Hmmmm.  Well, that depends if they really do expect to get both Kevin Durant and Kyrie Irving.  Do they draft Zion with those two, or do they trade the Zion pick and other assets to create a super team of Anthony Davis, Durant and Irving?

But I would expect Cleveland to sign Zion in a heartbeat.  So would Phoenix, if they have any sense.  But that answer gets a little murkier when it comes to the teams with a lesser, but still very real, chance.  Trades of picks positions, personnel and cash could reshape any number of teams this offseason.  We could see this happen very early this summer.  But the drama could slowly unfold all the way thru August, even beyond.  But no matter what, Zion, Ja and RJ will make a big splash no matter where they end up.  All three are simply that good.  So get ready for a big game tonight and lots of talk about what happens with those ping pong draft balls.  We get to enjoy this drama! But GMs across the league will be chowing down on antacids… 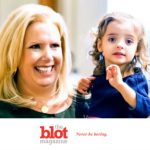 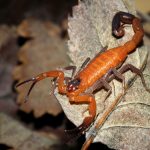