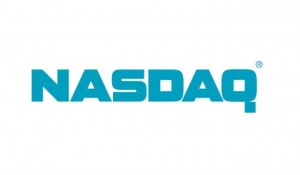 In light of the Nasdaq trading outage late last week, the U.S. Securities and Exchange Commission will meet with the heads of the major exchanges, including Nasdaq, on September 12.

Nasdaq halted all trading on its platform for a period of three hours last Thursday after “learning that a system that consolidates stock prices coming in from different trading platforms, known as the Securities Information Processor, was not disseminating price quotations.”

As part of looking into what caused the glitch, the SEC has requested a timeline of events from both Nasdaq and the NYSE Euronext highlighting the course of events that led to the three-hour halt. Thus far, the rival exchanges have been unable to agree upon how events played out.

For its part, Nasdaq CEO Robert Greifeld has received criticism for the way information was disseminated during and after the fiasco. The day after the outage occurred he took to the airwaves not to apologize for the snafu but to defect blame, saying that unspecified outside issues were the cause of the problem and that the decision to halt trading on the platform was so that institutional investors would not be able to take advantage of the situation, noting that while professional traders have access to individual data feeds, traditional or retail investors were at a significant disadvantage since they do not have the same access.

Greifeld’s comments prompted criticism from the media. Jim Cramer, host of CNBC’s Mad Money, promptly took to Twitter to voice his anger at Greifeld’s comments: “How can Greifeld say they halted things to help the retail investor,” he tweeted, “but then didn’t communicate to the press. WRONG WRONG WRONG!”

In addition, Reuters speculates the technical glitch “has raised questions about the exchange’s communications effort and whether procedures need to be established to keep the investing public informed when mishaps occur.”

Nasdaq has experienced a series of missteps in recent weeks that has caught the attention of regulatory officials. Late last month the Securities and Exchange Commission ruled against Nasdaq in a bizarre case, involving the delisting of a Chinese-based renewable energy company called CleanTech Innovations. In the written ruling the SEC said that it found no evidence “that the specific grounds on which Nasdaq based its delisting decision exist in fact.”

In another, more high-profile black eye for the exchange, Nasdaq agreed to pay $10 million in May to settle SEC charges over its mishandling of the Facebook IPO. According to Bloomberg, the SEC cited “‘poor systems and decision making during the IPO in May 2012 that was delayed when software that collects orders fell into a loop. Nasdaq agreed to the settlement without admitting or denying the SEC’s findings.”

When the heads of the major exchanges meet in mid-September, they will at least be sure to tackle the technical issues that seem to be plaguing the financial industry as a whole. However, the bizarre pattern of behavior  displayed by the Nasdaq, as of late, is likely a topic of discussion that will be left to regulators and Nasdaq officials to have at a later date. 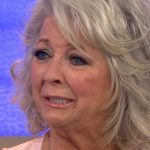 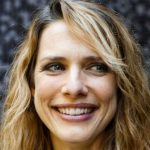