Scientists with NASA’s Jet Propulsion Laboratory (JPL) have found the dark material from an ocean beneath Jupiter’s moon Europa, which has collected in cracks and crevasses below the icy surface, could be sea salt. Such a discovery could provide further clues as to whether extraterrestrial life exists anywhere in the vast universe. Researchers further determined the salt is likely interacting with the ocean’s rocky floor hidden below the icy moon’s frozen crust.

With Europa in our own backyard — galactically speaking — the eternal question of whether life exists beyond Earth is even closer to being answered.

“It is the basic puzzle that has persisted with Europa’s surface chemistry,” research lead and planetary scientist Kevin Hand told TheBlot Magazine.

The smallest of Jupiter’s Galilean satellites has long piqued the curiosity and imaginations of scientists because its surface is different from most large objects in the solar system. Instead of crater depressions marking the moon’s surface, Europa is striated with uncommon lines.

Because the moon’s surface is also very smooth — as compared to other objects in space — scientists have hypothesized that the lines resulted from eruptions of warm ice emanating just below the surface. This effect could be similar to how Earth’s oceanic ridges were formed as the crust spread open to expose warmer layers beneath.

Details of Europa’s surface were revealed in 1995 with images from NASA’s Galileo spacecraft when it first entered Jupiter’s orbit. Hand and other researchers at JPL have continued to study the moon for the possibility that it could support life.

The experiment put common salt samples of sodium chloride in an apparatus the scientists termed “Europa in-a-can” that simulated conditions on the icy moon, Hand said. This finding suggests the moon could support life forms and that the material is not coming from any nearby planet or neighboring moon IO, but was generated from within Europa.

Read more: Though NASA Is Going to Hell, Creationists Still Won’t Be Happy

“There is a long-standing debate if Europa’s surface chemistry is formed by a subsurface ocean or coming from sulfur off IO,” Hand said.

Hand and his colleagues created a simulated patch of the moon’s surface in laboratory tests. Scientists then tested the samples of common salt and mixtures of salt and water in a vacuum chamber. The study recreated the bone-chilling surface of the icy moon with temperatures of minus 280 degrees Fahrenheit. Then scientists bombarded the material with an electron beam to simulate the intense radiation to which the moon is exposed.

After tens of hours of exposure to these Europa-like conditions — about a century on the moon — the salt samples turned a brownish-yellow color, which is spectrally similar to the dark images shown by the Galileo spacecraft.

“We think that irradiated sodium chloride is what we are seeing within the fractures and lineae of Europa,” Hand said. “And that’s a very simple and elegant solution for the surface discoloration in many different regions.”

These results could have far-reaching implications for the search for life beyond Earth and the field of astrobiology.

“Salts in water are an indicator that you’ve got water interacting with rock,” Hand explained. “That means that you might have the right building blocks and chemical energy to help originate and sustain life within an ocean.”

The research is detailed in an April submission to a leading and peer-reviewed scientific journal. Previous study of the darkest depths of Earth’s oceans where light cannot penetrate has revealed that life does exist there. Much of that research has been completed though advancing technology that can sink submersibles thousands of miles under the surface to the bottom of the sea floor.

Europa does have a slight atmosphere comprised mostly of oxygen but could not support complex life that depends on breathable gases to survive.

The experiment mimicked all atmospheric conditions on Europa including the near vacuum and heavy radiation to which the moon is subjected. With the findings strongly suggesting that Europa could, in fact, support life, researchers like Hand are excited for a possible mission back to the moon to complete further observations.

“NASA is studying a mission to Europa, and the science community is excited to get back out there,” Hand said. 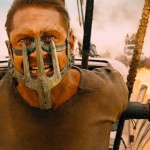 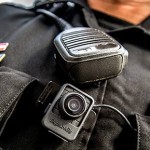