So what the hell is this about?  A week or so ago, a survey found a shiny metallic monolith in Utah’s Red Rock Country.  At first, people just shrugged off the news.  Well, and made fun of the hikers for touching it in photo ops.  If you don’t get it, just watch, 2001: A Space Odyssey.  It’s a Stanley Kubrick film, is long, and oddly very disturbing.  Especially the monolith in the film.  But this there is on planet Earth.  Or, at least it was.  And we don’t have a clue how it got there in the first place.  But we also don’t know where it went, or who took it. A total mystery

So this past weekend, the federal Bureau of Land Management’s Utah office confirmed the monolith is…. Gone.  Just like Kaiser Soze.  Well, and Kaiser Soze’s career.  Anyway.  It’s not there anymore.  The BLM also said that they had “credible” reports that someone removed the mysterious object.  But, despite that credibility, they don’t know who it was.  But whoever put it there in the first place broke the law.  Because it was on private property.  The BLM says if any monolith investigating is done, it will have to be by the local Sheriff’s Office.  I can’t see that happening.  Or going anywhere.

Related: Utah Now Has The Most Strict DUI Law in the U.S.

MYSTERY DEEPENS, DID MONOLITH COME FROM ARTIST, MOVIE, OR WAS IT ALIENS?

So anyway, the monolith discovery happened on November 18th, by the Utah Department of Public Safety.  And, yes, it was in a remote spot.  They were using a helicopter to survey bighorn sheep.  The monolith had (or has?) three sides and was pretty large.  The measurements were possibly as large as 12 feet high.  And, yes, firmly down in the ground, as well.  So, maybe even larger.  But who put it there?  An artist?  A bored movie hand, working on one of the many films shot in the area?  Or, gasp, was it aliens?  Regardless of who (or what) it was, they clearly didn’t like that we knew about it.  And, it’s gone. 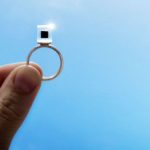 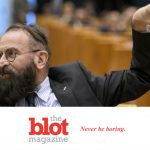