As a TMZ Tour New York City guide, I’m oftentimes asked if celebrities actually come on the bus. It’s as if they think a giant, branded red bus passes through the most densely populated place in America without getting noticed. Of course celebrities have been on board!

Rapper Flo Rida literally dropped a new song on the bus. Guy Fieri (y’know, the guy who eats unhealthy food for a living) actually hijacked the bus and hooked passengers up with an all-you-can-eat/drink feast at his Times Square restaurant. Other celebrities my fellow guides have brought on include Arsenio Hall, Ian Ziering, Phil Morris and Robin Roberts.

The first celebrity I chatted on-camera with was “Star Trek” actor George Takei, who was off to see a Tennessee Williams Off-Broadway play with his husband Brad. That footage would also be my first to make “TMZ on TV.”

Shortly after that, Lil Bub (the famous mutated cat with the bulging eyes and tongue that hangs out) would make an appearance on my bus. Escorted by her handler Mike Bridavsky, aka Dude, she gave away her new book to everyone on board. Believe it or not, this feline has a strong Facebook presence, a movie that went to The Tribeca Film Festival and a web series that features celebs like Whoopi Goldberg.

While Lil Bub was soaking up the spotlight on board, I noticed Nathan Lane passing by the bus. I said, “Look! It’s Nathan Lane!” Everyone looked over for a brief moment and then went right back to fawning over Bub. Oddly enough, “The Lion King” star was upstaged by a kitty cat.

Following in Bub’s footsteps, Aviva Drescher, the one-legged star of “The Real Housewives of New York,” gave away her memoir on board my celebrity ship. She talked fashion with the ladies and signed autographs. One woman was absolutely starstruck and was trembling as she got her book inked. Her husband leaned over to me and said, “You just made my wife’s day.” Oh, the power of celebrity!

Jenelle Evans from “Teen Mom” would be yet another to meet with fans after she was spotted getting her grub on at the famous Ellen’s Stardust Diner. The list of celebrities spotted on my tours while navigating through the city include Kim Kardashian, Kris Jenner, Chris Rock, Patrick Bateman, Peter Dinklage, Anna Wintour, Heidi Klum, Jake Gyllenhaal, Aziz Ansari, Calvin Klein, Donald Sutherland, Paul McCartney, Jillian Michaels, Nigel Barker, Andray Blatche, Ebon Moss-Bachrach, Anne Burrell, Mario Batali and The Naked Cowboy.

Of course, the famous people are the focus of the tour, but sometimes the fans are the ones who are the most interesting …

Ricky Dunlop is a contributing journalist for TheBlot Magazine and a writer, actor and comedian residing in New York City. Read part one of Ricky’s recollections of his time as a TMZ Tour guide. The third and final part will post Monday, March 2 at 10 a.m. 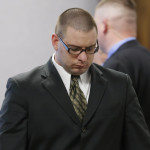 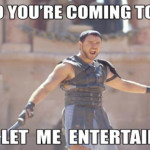