This week marks the 20th anniversary of the drag queen-epic “To Wong Foo, Thanks For Everything! Julie Newmar.” It’s pretty remarkable how much trans visibility and acceptance has changed since this film came out. But it hasn’t shifted much in the place where the movie was filmed.

To be clear, the characters in the movie aren’t technically transgender. Wesley Snipes’ Noxeema Jackson says they are not “transsexuals” but rather “gay men” with “too much fashion sense for one gender.” However, the drag scene is much more than mere entertainment for them.

The characters go on a multi-day trip across America and never break character. They also use female pronouns throughout the film. Patrick Swayze’s character Vida Boheme reveals he left home so he could openly be a drag queen in New York. He also tears up when a woman tells him she’s glad to have a “lady friend who just happens to have an Adam’s apple.”

Regardless, this movie is probably as close to mainstream as a movie about transpeople got at the time. It was distributed by Universal Pictures and featured three big name actors. It’s also campy as hell. There is a hair-styling montage and a fashion montage. Every mannerism from the queens is infused with loads of sass.

The homophobic sheriff (Chris Penn) gets knocked out by Swayze’s character after the sheriff came onto him, thinking Vida was a woman. When he told his cop buddies that he got assaulted by a man dressed as a woman, they all mock him for getting beat up by a girl. This enrages the sheriff, so he sets up a checkpoint to find the drag queens. He stops every car and shows them a crude hand drawing of a woman with the words “drag queen” scribbled about the portrait. Passersby glance at the picture, silently shake their head, “No” and keep on driving.

Transgender as a Punchline

In the ’90s, anything that deviated from cis or straight often was usually presented as a joke. “To Wong Foo” obviously isn’t a movie to be taken seriously anyhow. And it’s not like movies or sexuality always need to be taken seriously. Still, it’s very tone deaf compared to how LGBT people are presented in pop culture today.

This silly-ass movie also pokes a lot of fun at the townspeople — which I find amusing since I’m one of the people they are portraying as a dumb redneck. Most of “To Wong Foo” takes place in the small town of Snydersville, which is a fictional town. Loma, Neb., the real town where it was filmed, is about a six-minute drive from where I spent the first 19 years of my life.

In the movie, the townies all gather around the drag queens when they roll into town to marvel at their New York ways. Later on, about six men emerge out of a cornfield in what appears to be an attempted rape of John Leguizamo’s character Chi-Chi Rodriguez. There’re also some awkward-acting sporadic wife-beating scenes. But in the end, that’s all forgotten as the queens win the town over, and everyone rejoices in their presence even after they find out about the appendages dangling between their legs.

Read more: A Day In the Life of a Transgender Girl

What “To Wong Foo” got wrong is that people in town wouldn’t physically congregate around strangers. They’d treat them as everyone else. Of course, they’d furiously gossip once the strangers were gone, but that’s sort of a given with such low population density.

The cornfield rape thing is a pretty corny plot device, but so is the ultimate acceptance of the queens. Because although people who aren’t cis or straight are generally viewed more positively in America now than they were when this movie was made, things haven’t changed much in rural Nebraska.

Judging from my Facebook feed, which is statistically representative of the area “To Wong Foo” was made in since there are very few people around and everyone sort of knows everyone, a lot of people find Caitlyn Jenner absolutely despicable. It certainly isn’t because of the shitty reality shows because most of these people were fine with Bruce Jenner putting them on. It’s that even with the young people back home, transgenderism and homosexuality are quite bothersome.

Watching “To Wong Foo” now, the cheesy stereotypes come off like an antiquated relic, sort of like a genderized version of blackface. It’s not really potential offensiveness that sticks out to me, a straight cis dude. It’s how until very, very recently, most characters or public figures with gender identities that deviated from “normal” were portrayed in this clichéd dance-monkey-dance fashion. While today the complex psychological and physiological phenomena involved with gender and sexuality are presented with nuance.

If “To Wong Foo” debuted in 2015, for most Americans, it’d elicit a much different reaction than it did in 1995 — but not in the real Snydersville. 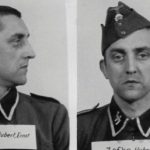