My poker buddies bet me $200 that I couldn’t write a dating-site profile that would garner me no responses. First, I did a little research, browsing the women’s entries. The only place I’ve ever read more inane, boring, unimaginative writing is in the phone book. It was like slamming your balls with the White Pages.

Here is a typical women’s entry [comments in brackets mine]:

“Looking for a man I can share intimate feelings with. [As if I would ever contact a woman who ends a sentence with a preposition.]

I hope to find my sole mate. [She loves eating seafood and/or shoe shopping with her guy.]

There’s more to romance than just physical attraction. True love is two hearts beating as one, even if they are temporarily apart. [As when her date passes out from having slammed the phone book on his balls.]

The kind of partner I’m searching for is not only a ‘gentleman’ but a ‘gentle man.’ In other words, gentle … man. [Thanks for explaining.]

A man who still believes in opening doors for his woman. A man who brings flowers, not just on the first date but on the tenth, hundredth, thousandth. [No comment necessary, I assume.]

A man who would be just as happy to spend a Saturday evening watching an Adam Sandler movie as going to a symphony — although, yes, I am the kind of woman who loves to relax by the fireplace with a glass of white wine while listening to Celine Dion. A man, for that matter, who has a fireplace. As the great philosopher Oprah Winfrey once said, ‘A man without a fireplace is a man without a hearth.'”

Confident that I could write a profile that would not only guarantee me no responses, thus ringing up my $200 poker-buddies’ bet but would probably earn me a call from the County Sheriff’s Police, on Match.com I wrote:

“I’m looking for a woman who loves working with tools. If you know how to read, it’s a bonus. I’m financially comfortable because I don’t like spending my own money, but I enjoy traveling, so if you have a lot of airline miles, zingo.

I used to be a lawyer until the state found out, then for three years I was a dentist until the mishap with the needle, but I swear that wasn’t my fault — the kid wouldn’t stop squirming. I drive a two-seater Lexus convertible, which the bankruptcy court let me keep, so if you don’t mind filling it up, we can cruise in style.

When I was a lawyer and dentist I was, of course, Jewish, but when, post-bankruptcy (i.e., unreported cash), I lived in the islands, I became a Rastafarian, which I still am, so I light a memorial candle every year for Haile Selassie while kneeling toward Africa and humming tunes from ‘Fiddler on the Roof.’ Yubby dibby dibby dibby dibby dibby dibby dum.

I had two children (a boy and a girl, as I recall, but don’t quote me on that), but after my wife and I ‘separated,’ I traded them to an infertile Lexus salesman.

I look forward to meeting you. Bring your credit report and blood-test results.”

Under “Favorite Things,” I put “licking my cat,” and for “Preferred Body Type,” I specified, “rotting.” Finally, under “Additional Comments,” I wrote, “I hope to get out in six months to a year.”

My poker pals immediately admitted defeat and ponied up my 200 smackolas. As usual, though, I got myself, as the homicide cops say, “chalked.”

Within five days I received 46 Match.com hits. Forty-six! I became very frightened, took down my profile, and lay awake at night with a machete under my bed. But a month later, after getting over my initial terror, I realized I had, in a weird way, discovered, as my cat might say, “Nip!” So I went back on Match.com with a less-petrified attitude, now realizing that there are lots of women out there who, unlike my dour, sour-pussed, non-cooking ex-wife, happen to appreciate a guy with a sense of humor and who, therefore, must have senses of humor of their own. Who knew?

Not your clueless university professor, that’s who. You know — the guy who found his ideal online match, fell in love at first sight, brought the gorgeous, funny, talented, financially secure goddess back to my bedroom after a romantic, candlelit dinner? The goddess: You know, that funny, talented, financially secure, and — did I mention? — gorgeous blond cover girl who, while we were making love happened to drop her emerald pendant earring, only to reach under my bed to discover not her bejeweled drop but … my machete? 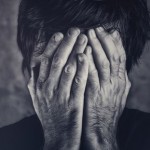 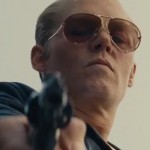