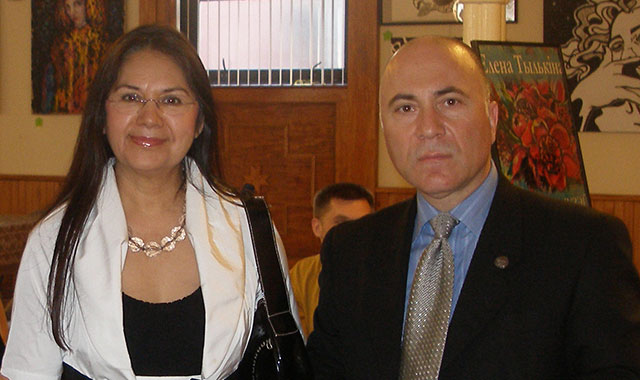 Counterfeit art is finally caught up with a con artist

On Sept. 16, former art consultant Glafira Rosales pled guilty to her role in one of the biggest counterfeit art cases in recent history. Rosales purported the sale of counterfeit modernist paintings, known as the David Herbert Collection, and hid the profits at the Spanish bank First Caja Madrid. She will be sentenced on March 18, 2014, marking only one end in a long-winding revelation of over five years’ worth of art crimes. A Mexican immigrant, Rosales could face deportation as well as up to 99 years in prison for a variety of offenses, including wire fraud, money laundering and deliberately misfiling federal tax returns. Rosales will forfeit the value of her home as per her plea, along with artwork and bank accounts, ultimately paying a total of $81 million in restitution to her victims.

Rosales was once a highly successful art consultant acting as a go-between for two major art institutions in New York: Knoedler Gallery and art dealer Julian Weissman. Now 57, she maintained a base with her boyfriend, peripheral art figure Jose Bergatino, and young daughter in a well-to-do enclave on the North Shore of Long Island, Sands Point. On behalf of an allegedly private client looking to sell, she consistently produced works from 2006 to 2011 under Glafira Rosales Fine Arts LLC. The paintings were claimed to be by Jackson Pollock, Mark Rothko, Willem de Kooning, Franz Kline, and Robert Motherwell among others, all eagerly snatched up by Knoedler Gallery, Weissman and their clientele. A total of 63 are believed to be inauthentic.

Despite interest in the works, provenance was admittedly vague from the beginning. None of the works had ever been exhibited, or existed in any catalogue raisonnés (art records of all works). Instead, Rosales concocted a story of an anonymous client she was working with. The fictional Mr. X was an Eastern European collector who lived between Switzerland and Mexico, and had inherited the paintings through his parents’ connections in the Philippines. Apparently, the Filipino residents visited artist studios in the Hamptons and purchased works directly from the artists. These parents were connected to the artists through art dealer David Herbert, and the collection is often referred to by that name. Julian Weissman had no contact details for Mr. X, nor did Ann Freedman, director of the now-defunct Knoedler Gallery. Freedman has claimed this was possible. Of the 63 total counterfeits traced to Rosales, Freedman purchased 40 of them.

Knoedler Gallery was located at 19 East 70th Street, and had been in business for 165 years prior to the scandal with Rosales, when it abruptly closed in 2011. Ann Freedman had worked her way up from an early role as an art gallery receptionist, and spent decades of her life selling top-tier artwork. She left the gallery just before it closed, and after it made a mysterious $20 million payment to Rosales reported by Vanity Fair, implicating and arguably embroiling Freedman in further scandal. While it is often the case that provenance for an artwork is unclear, its combination with absence of record seemed unlikely.

Freedman made the case that auction catalogues do not disclose the origins of all so-called “private collections.” She even cited white slips inside each painting that came from Rosales, and had her own list of names from the art historical world of those who had “viewed” the works — that is, literally looked at them and expressed polite approval — to legitimize the sale. But the works had never been exhibited, or seen at all, before their unveiling at Knoedler. If Rosales’ story about coming directly from the studio had been true, it was somewhat possible that the artworks were omitted from compete lists by being bought up too quickly, then forgotten in large collections over decades. However, the much simpler answer, and the truth, is that the contemporary master artworks had just never existed.

Only when both Knoedler and Julian Weissman’s high-profile clients began seeking their own forms of authentication were the artworks officially proven counterfeit. In the slew of lawsuits that ensued, the extensive nature of the operation was uncovered. Three large lawsuits used forensic evidence to show that the paint used in the alleged Rothko, de Kooning, Motherwell and Pollock works was composed of materials that were unavailable in the 1950s, rather emerging commercially in 1970 at the earliest.

Questions first arose during the legal evaluations of London-based financier Pierre Lagrange in 2011. His fake Jackson Pollock work, “Untitled” (1950), was purchased in 2007 at Knoedler for $17 million, but four years later he hoped to leverage the value of work in a divorce settlement. It was his discovery of the falsified work, and his threat to sue, that may have prompted Knoedler Gallery to close. Additional threats regarding a so-called $25 million Rothko in the possession of Gucci executive Domenico De Sole, dated 1956, and a $3.5 million de Kooning collected by John Howard, prompted continued inquiry. One by one, more works proved inauthentic.

Orion Analytical is the expert art conservation team headed by James Martin, which investigated the chemical makeup of many of the artworks involved to conclude historical inaccuracies. Over 1700 studies since 2011 have been done for clients, including Christie’s, Sotheby’s, the United States Department of Justice and the FBI. Physical evidence by Martin’s firm is undoubtedly accurate.

Claiming innocence and complete ignorance of counterfeit activity, Freedman has stated that it was possible the modern artists had access to experimental paints in the 1950s prior to their official release . . . but would it have been possible to use them in 40 artworks?

Instead, they were being painted in a Queens garage by Chinese-American artist Pei-Shen Qian, now 73. Eking out a living in China in the 1980s, he moved to New York in the hopes of making a name for himself in the West, only to be discovered by Rosales’s boyfriend Bergatino as a street artist in the mid-1990s. Working with blacked-out windows at his home, Qian received $5,000 per painting he forged on works buyers paid up to $17 million for. The case record makes note of Bergatino’s business, King’s Fine Art, as founded in July 1995, when Rosales worked alongside him before her booming business with the David Herbert Collection. Coincidentally, 1995 was the year that Herbert passed away. The record additionally reports that Rosales made a total of $14 million from all counterfeit works produced by Qian, and that she failed to report a total of $12.5 million from 2006 to 2008 alone.

Despite the high-profile nature of the counterfeit scandal, many of the key players remain largely unscathed. While Qian is widely accepted as the culprit artist, he bears no mention in Rosales’s record, nor is Bergatino mentioned by name. Online, Weissman seems to remain in business. Rosales has yet to publicly comment on her illegal activity beyond the trial proceedings, though the identified false artwork has of course been taken down. 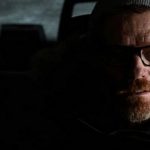 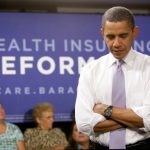