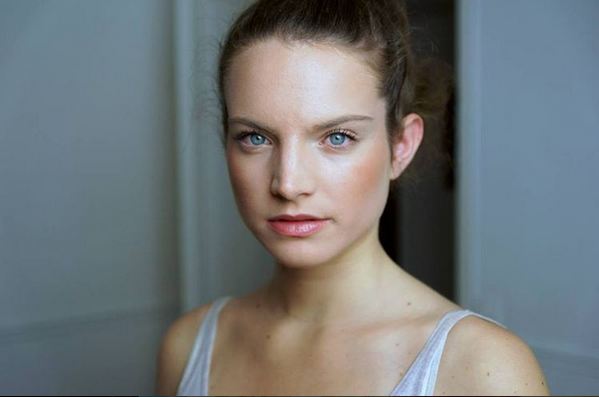 I am a fashion model, my life sucks

I could have never assumed as a gangly awkward preteen with a clumsy streak that a few years later I would be strutting down the runway for designers like Pamella Roland, Tory Burch, Oscar de la Renta, Marc Bouwer, Christian Siriano, and Givenchy, to name a few. Me? Gliding runways in 7-inch heels? No, not the girl who couldn’t get a guy to go to the 7th grade dance without blackmail. Being an internationally known model was certainly the furthest thing from my mind. I wanted to be a writer, study spirituality, and spend my days hanging out in the woods by the river. After high school I took my stab at “regular college” and after quickly discovering that was not the route for me, I attended a holistic institute in NJ. I became deeply intrigued by nutrition, cooking, and the healing arts. Before my 19th birthday, a friend of mine dared me to go to an open call at a modeling agency. This was daunting, but in sticking to the “I will try almost anything once” rule, I decided to appease her and go.

That was the first time I got an education in the crazy world of crash diets, and the bizarre techniques of staying über-thin. I was backstage during my second fashion week at a major-name runway show. As I swung the doors to the powder room open, I could hear a few of the girls discussing how they crash dieted during fashion week.

The city itself was an overwhelming place. I anxiously walked my way to an agency down near Union Square, and as I passed by a building on 5th Avenue, a man stopped me and asked if I would be interested in being a model. He was a booker at the agency upstairs. I followed him up to the suite upstairs and sat down in the waiting room surrounded by Vogue magazine and mirrors. My hands began to sweat and my eyes immediately started darting around for the emergency exit signs. A woman popped her head out of the main office, asked me to stand up, spin around, and then sit back down.

Twenty minutes crept by like an hour, and then the man who had stopped me on the sidewalk came out with a stack of papers and said, “Here is a contract and we have three castings we want to send you to today.” What had I just gotten myself into? I didn’t even know if that is what I wanted. I went to the bathroom, gave myself a mirror pep talk, and then walked out and made the most spontaneous decision of my life. I went to those three castings that day and booked them all. I didn’t have two dimes to rub together, but life was changing forever, and I was going to ride the wave.

I began to study fashion for the first time in my life; it was an art form, and not what I was expecting. The Devil Wears Prada became live and in living color. Casting directors were picking me apart, people were measuring me every day, and I felt like I had become a human mannequin. After the initial whirlwind wore off, I found some balance, despite a few shocking experiences along the way that added to this new version of reality for me.

I got cast for season 4 of Project Runway in 2007 and my experiences from that reality TV journey will be with me forever, from my permanent aversion to granola bars to the incredible relationships I’ve built and career opportunities that came into my life. The shy, naive girl from Jersey would never be the same.

After 10 years in the modeling industry, one could assume that I’ve heard about my share of weird diets. I never really understood what was wrong with the concept of a good, old healthy lifestyle, but then again the fashion industry is rarely known for its subtlety. I can admit to being naive when I entered this world of fantasy. Growing up, I was a girl who spent a lot of time climbing trees and getting in the mud.

So here I was, suddenly thrust into this world of ruffles, $10,000 gowns, and gazelle-like women throwing fits about things like the shade of their eye makeup. What parallel dimension of crazy had I entered? Suddenly, the girl who was picked on her whole life for being so tall and skinny was being told that I needed to lose 10 pounds to walk the runways in Milan. Ten pounds? What did they want me to do, remove all my internal organs?

That was the first time I got an education in the crazy world of crash diets, and the bizarre techniques of staying über-thin. I was backstage during my second fashion week at a major-name runway show. As I swung the doors to the powder room open, I could hear a few of the girls discussing how they crash dieted during fashion week. Their faces had no life to me, pale and gaunt; is that the ideal of beauty that we are dishing out to the masses? What is this type of fashion called bird flu chic? They were pounding back champagne and one girl snorted a line of cocaine. Standing perfectly still, not being able to move from the shock, I continued watching this ritual take place. They took out boxes of Tic Tacs from their bags. They had every flavor — peppermint, orange, etc.

They were trading flavors with each other and talking about how during fashion week all they consume is Tic Tacs. No, this could not be true, I must have been hearing things. Tic Tacs are most definitely a great breath freshener, but could not possibly be mistaken as a food group. They all looked up at me standing in front of them like a statue. They probably noticed my mouth hanging open from the shock. A surge of energy entered me; I pivoted out of the room and immediately ran across the street and consumed 4 sandwiches, one for each of us. I knew there had to be a better way. There has to be a way to stay trim, EAT, and look healthy. I started health-awareness mentor groups for new models, wrote a cookbook, and started a mind, body, and spirit blog, modelbehaviorbites.com. That day in the powder room with the Tic Tac girls changed my life. Thank you fashion world for serving up my life’s mission with a side of Tic Tacs. Healthy is the new skinny, and don’t forget it. 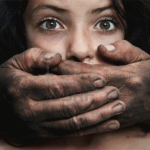 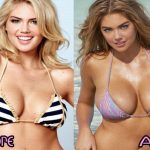